Tokyo, Japan and London, UK, 4 June 2018 – Sosei Group Corporation (“Sosei” or the “Company”; TSE Mothers Index: 4565), the world leader in GPCR medicine design and development, today announces that at the Nomination Committee meeting held on 4 June 2018, the Company determined to withdraw the nomination of Dr Michael Hayden as a new External Director. The appointment was scheduled to be voted on for approval at the 28th Ordinary General Meeting of Shareholders on 22 June 2018. The Board of Directors determined at its meeting held on 4 June 2018 to amend the proposal as stated below.

1. Background of the Withdrawal

(The underlined portions show the changes) 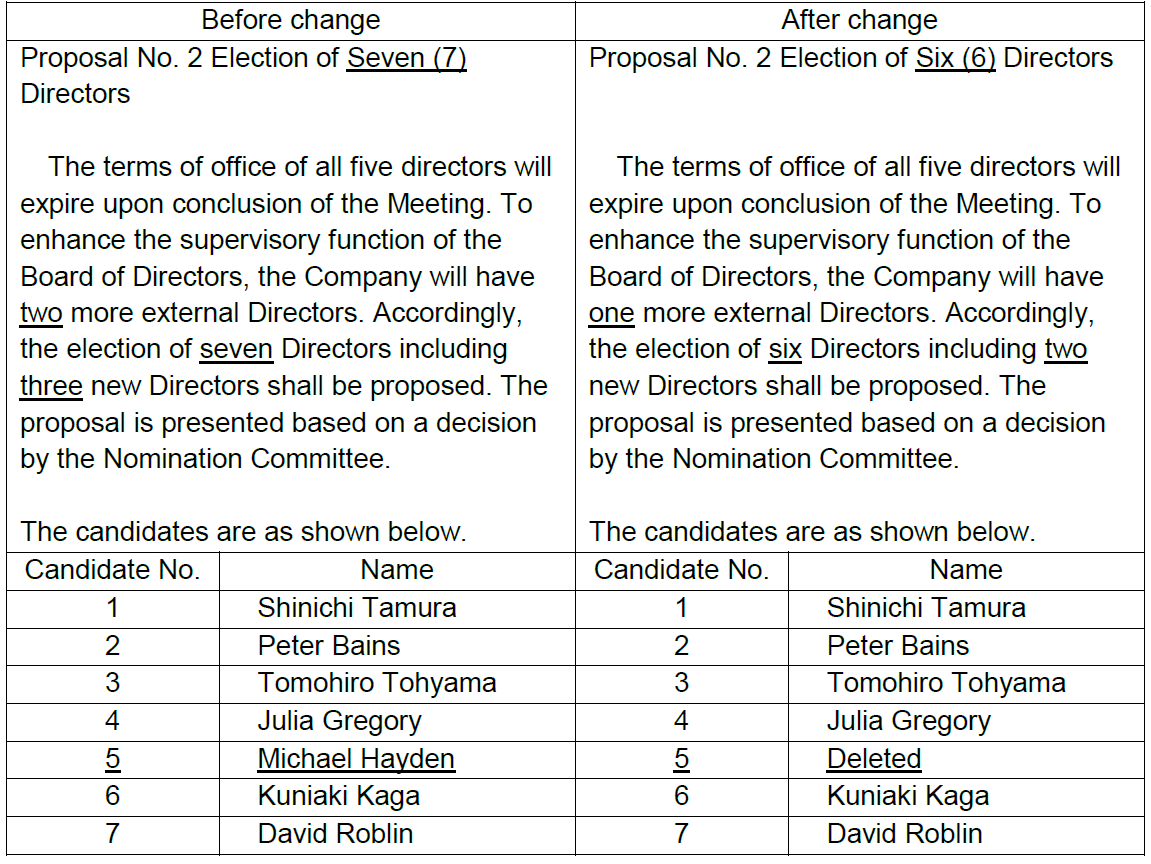 Note: Career summary, significant concurrent posts, etc. of each candidate are as described in the Reference Documents (Proposal) of the Notice of the 28th Ordinary General Meeting of Shareholders.

• With regard to Proposal No.2 in (2) above, the exercise of voting rights by Voting Exercise Cards is treated as effective only for the six candidates after the change.