Announcements made during the Q1 ended 30 June 2011 include:

• In-licensing: Sosei acquired development and commercialization rights for LoramycⓇ (announced on 11 May 2011) Sosei Group’s wholly owned Japanese subsidiary, Sosei Co., Ltd. acquired development and commercialization rights to Loramyc Ⓡ (development code: SO-1105) in Japan from BioAlliance Pharma. LoramycⓇ is an antifungal agent, administered as a muco-adhesive buccal tablet for the treatment of oropharyngeal candidiasis in immunocompromised patients. LoramycⓇ has been registered in 26 European countries, in South Korea, and the United States.

• APNT (Activus Pure Nano-particle Technology): Collaboration agreement with Toa Pharmaceutical and its subsidiary Nitto Medic (announced on 12 May 2011) Sosei Group’s 100% subsidiary, Activus Pharma entered into a Joint Development Agreement with Toa Pharmaceuticals and its subsidiary Nitto Medic. Under the terms of the agreement, both sides will jointly conduct research and development to assess the feasibility of developing various ophthalmic solutions applying APNT. Once a product has been identified for development, a separate agreement towards commercialization will be executed.

• NorLevoⓇ 0.75mg TABLETS: NorLevoⓇ, a first emergency contraceptive launched in Japan on 24 May (announced on 23 May 2011). Based on the agreement signed with ASKA Pharmaceuticals in November 2009, NorLevo Ⓡ is being distributed through ASKA Pharmaceutical distribution network.

• APNT (Activus Pure Nano-particle Technology): Collaboration agreement with Gifu Pharmaceutical University (announced on 20 June 2011) Sosei Group’s wholly owned subsidiary Activus Pharma entered the collaboration agreement with Gifu Pharmaceutical University to explore the potential of APNT in treatment of ophthalmic diseases. Under the terms of the agreement, the two parties will undergo the feasibility study required for the optimum formulation design. In case the positive data are obtained in this study, the further studies will be undertaken.

• NVA237 (COPD): Phase III pivotal GLOW 2 study top-line results (announced on 30 June 2011) GLOW2 study showed NVA237 provides superior 24-hour bronchodilation to placebo (p＜0.001) with comparable efficacy to open-label tiotropium at 12 weeks, as well as that NVA237 is well-tolerated in patients with moderate-to-severe COPD. Further efficacy and safety results from GLOW2 will be presented at a scientific congress in 2012, and the data will be used to support an application for regulatory approval to be filed before the end of 2011. 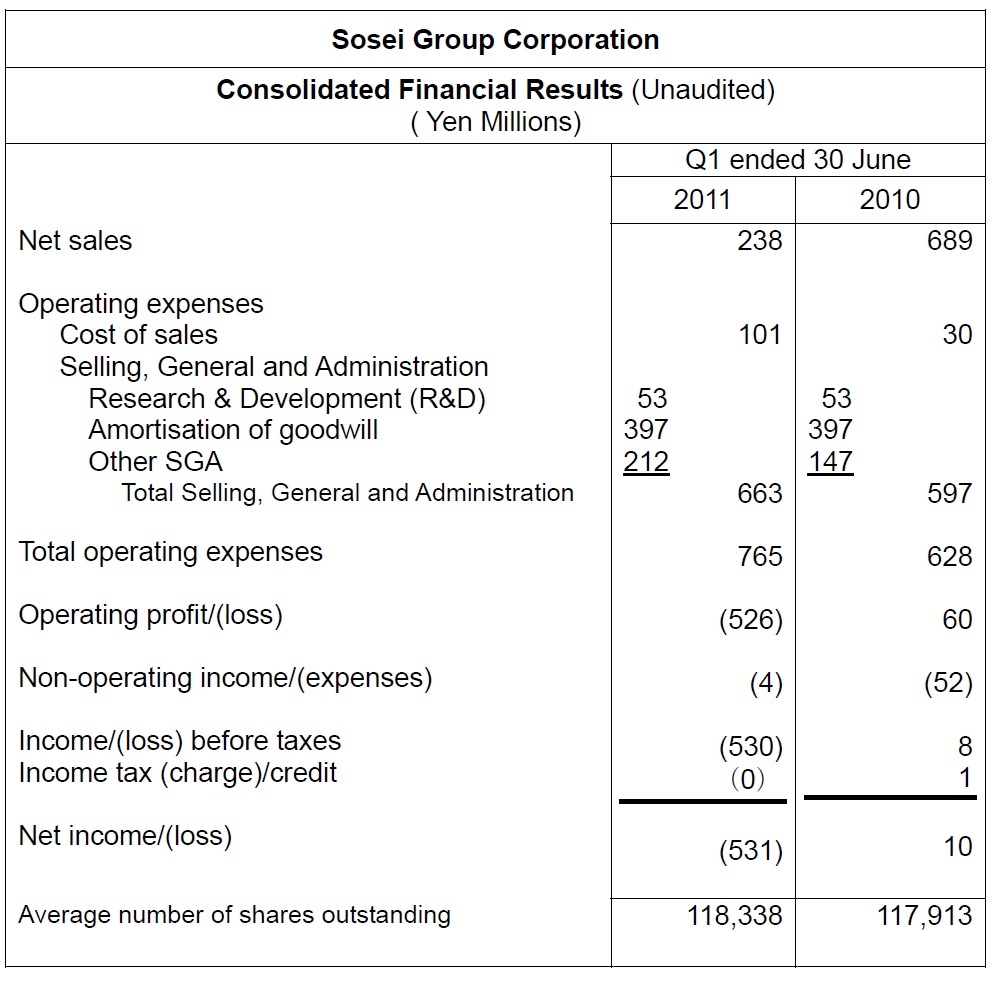 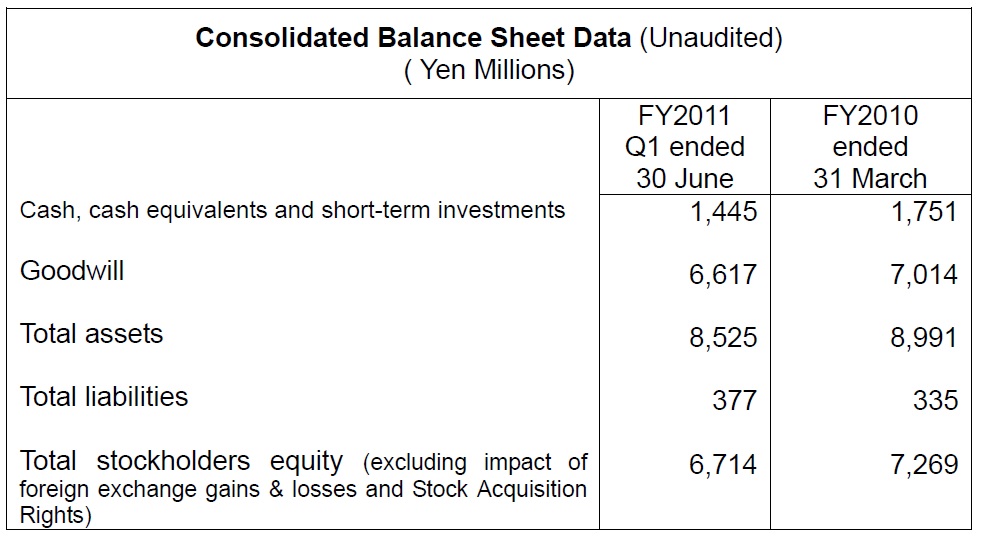 The financial forecast for the year ending 31 March 2012 remains unchanged from that announced on 12 May 2011.