Net sales for the fiscal year ended March 2011 totalled ¥716M (¥919M in the same period a year ago) mainly as a result of milestone revenue from Novartis for commencement of Phase III studies for QVA149, and sales of emergency contraceptive pills to Sandoz, Australia.


Major events during the financial year ended 31 March 2011 include:

• Acquisition of Activus Pharma in August 2010. 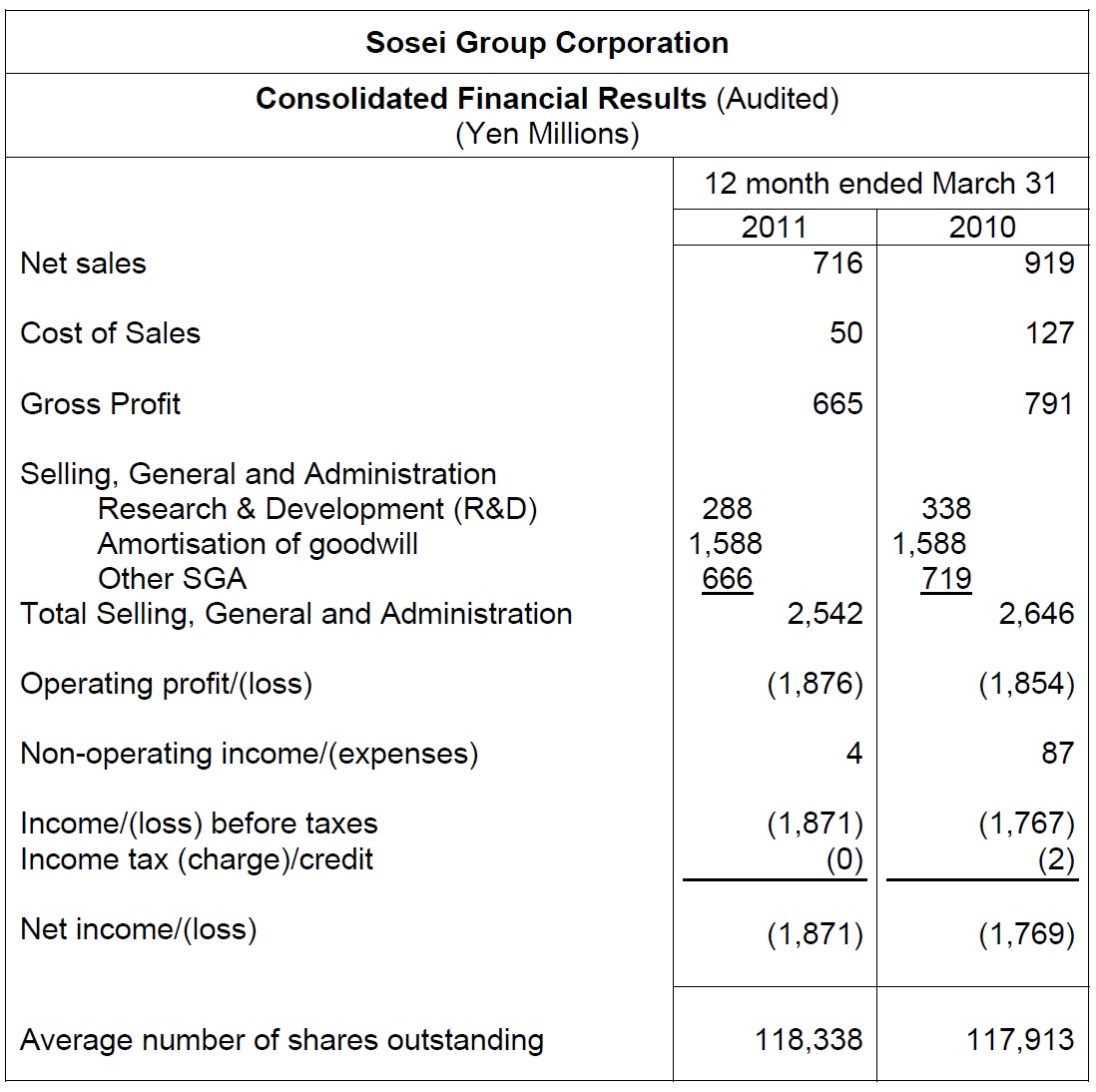 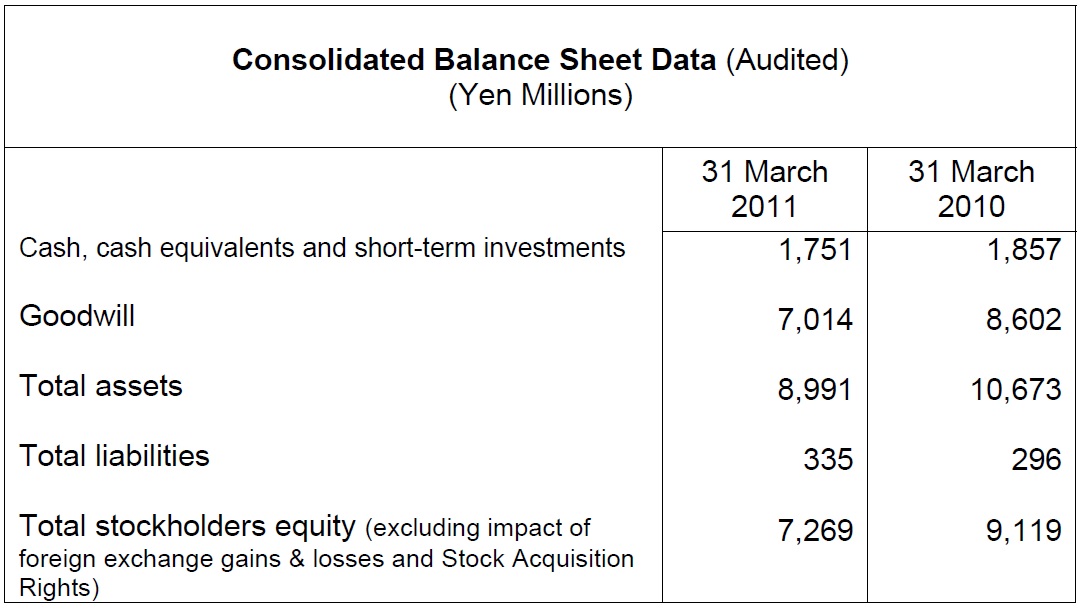 Net sales forecast mainly consist of milestone revenue that the NDA filing for NVA237 will trigger, along with sales of Norlevo in Japan and Australia. NVA237 and QVA149 are being developed under the responsibility of Novartis, and therefore the Group will not incur any development costs for those two products.