Net sales totalled ¥718M (¥870M in the same period a year ago), mainly as a result of milestone revenue from Novartis for commencement of Phase III studies for QVA149, and sales of emergency contraceptive pills to Sandoz, Australia.

Selling, General and Administration (SG&A) expenses for the 3Q were ¥1,836M (¥1,957M in the prior year), a decrease that comes as a result of the company’s continuous strategy to cut R&D costs and secure the future of the business until it starts generating income from NVA237/QVA149 in a few years time. Within SG&A expenses, R&D costs were ¥197M (a reduction of 40% from the same period last year). Amortization of goodwill arising from the Sosei R&D Ltd. acquisition remains the same as the previous year at ¥1,191M, while other SG&A expenses amounted to ¥448M, a slight reduction of 8.6% from the same period last year.

Progress of Development and other activities over 3 months from October to December 2010:

• In October 2010, Sosei announced that Novartis had provided an update on NVA237 and QVA149 as part of their Q3, 2010 results presentation (held on 21 October 2010). Key points of note from the presentation were: ・ NVA237 and QVA149 have expected launch dates of 2012 and 2013 respectively ・ An announcement of NVA237 Phase III data in COPD is anticipated in Q2, 2011
• On 24 December 2010, Department on Drugs of the Japanese Ministry of Health, Labour and Welfare’s Department of Drugs recommended the approval of emergency contraceptive NorLevo® (SOH-075). 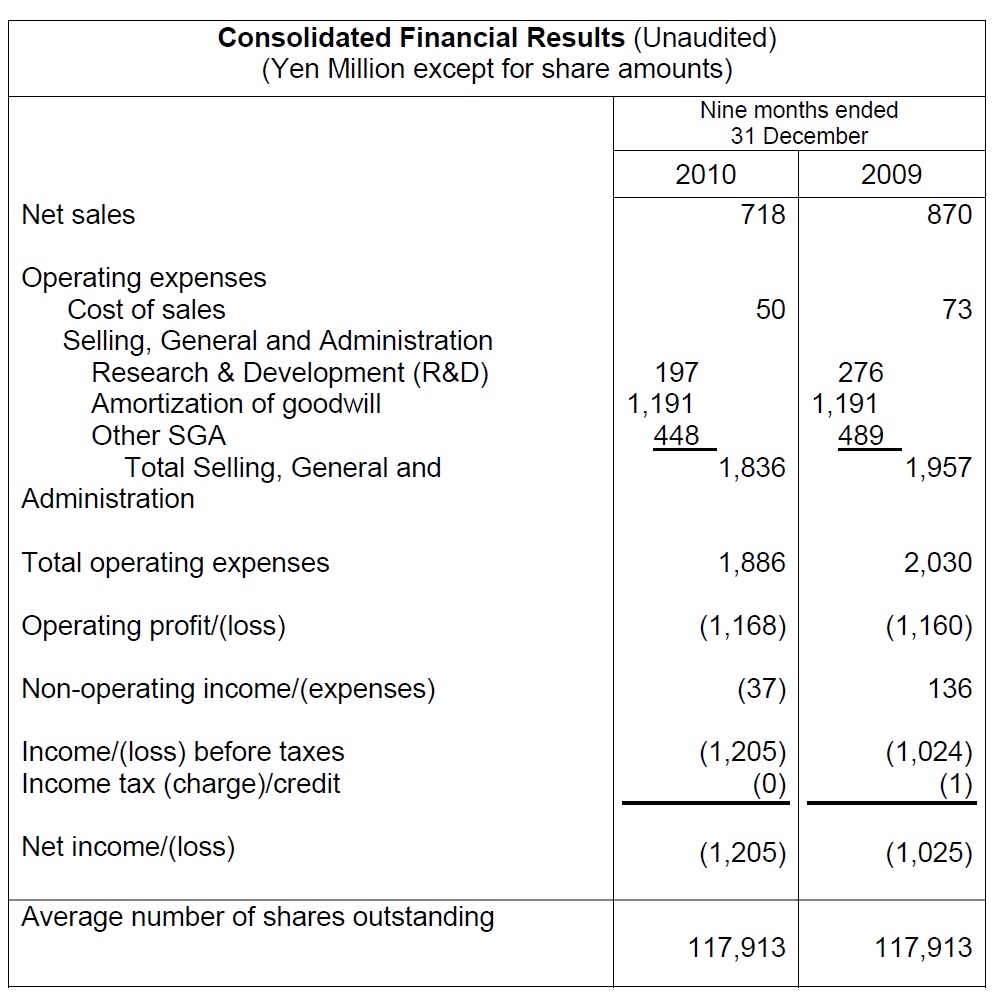 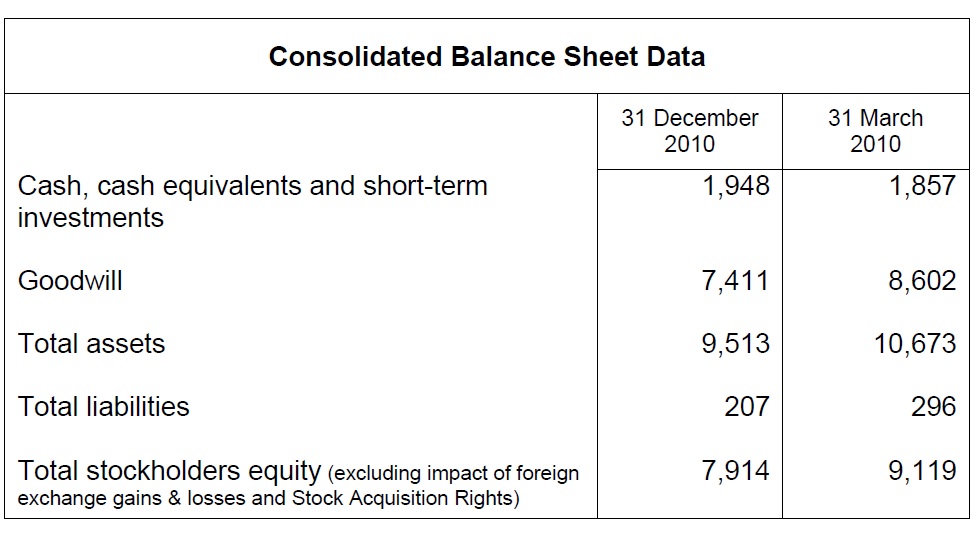