The net sales for the 1Q ended 30 June 2010 totalled ¥689M (¥733M in the same period last year). The income in this period is primarily based on the milestone from Novartis triggered by the commencement of Phase III trials for QVA149, and ongoing sales of NorLevoⓇ to Sandoz through a sub-licence arrangement in Australia.

Progress of product development and other activities during the 1Q ended 30 June 2010 include:

Activus Pharma specializes in nano-particle processing technology that keeps compounds virtually free from contamination and increases their solubility, and therefore enables the development of injections, ophthalmic solutions and inhalations with poorly soluble compounds where high purity is required. The technology can be expected to generate new development candidates for Sosei, and partnerships with other pharmaceutical companies. 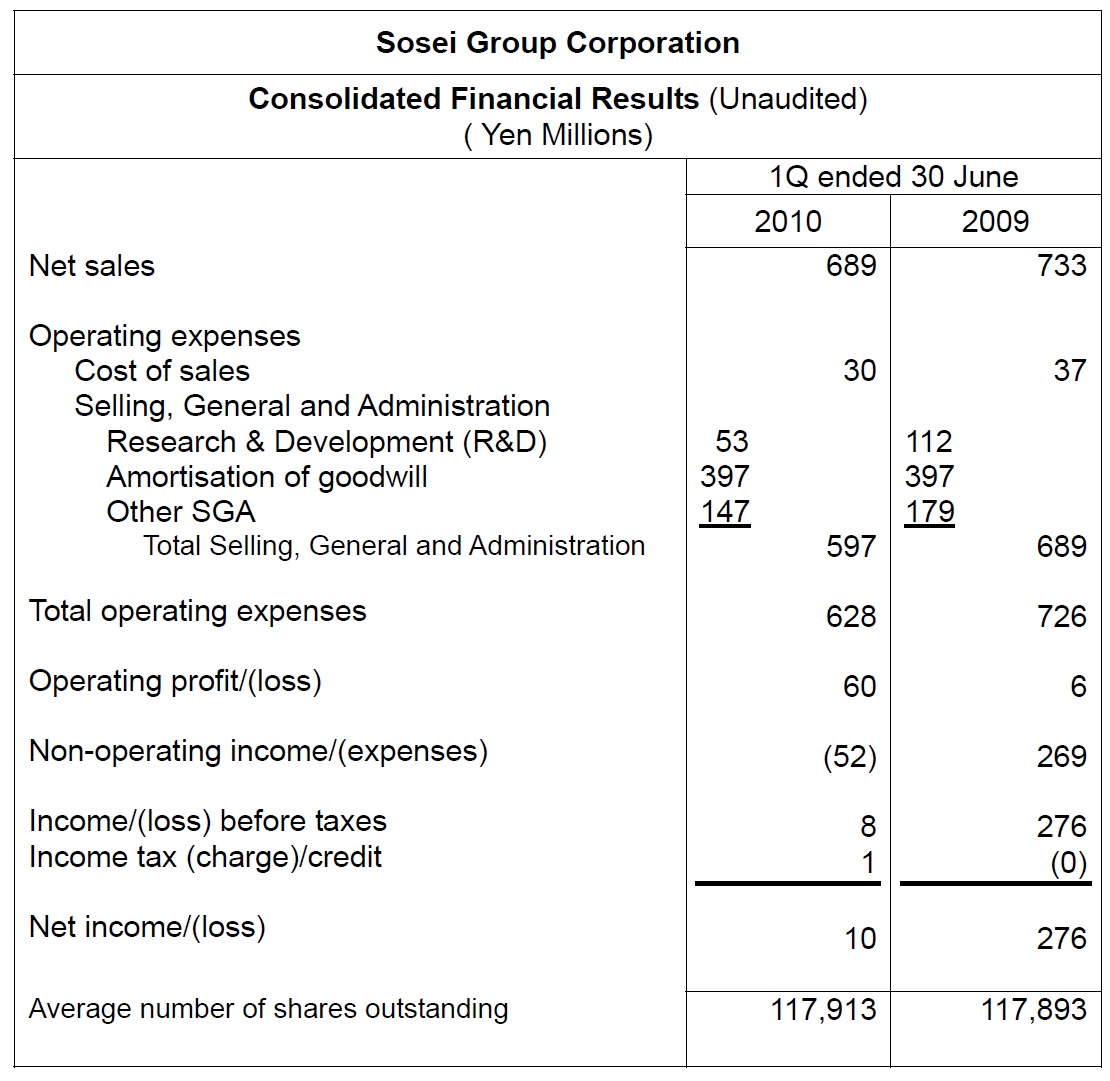 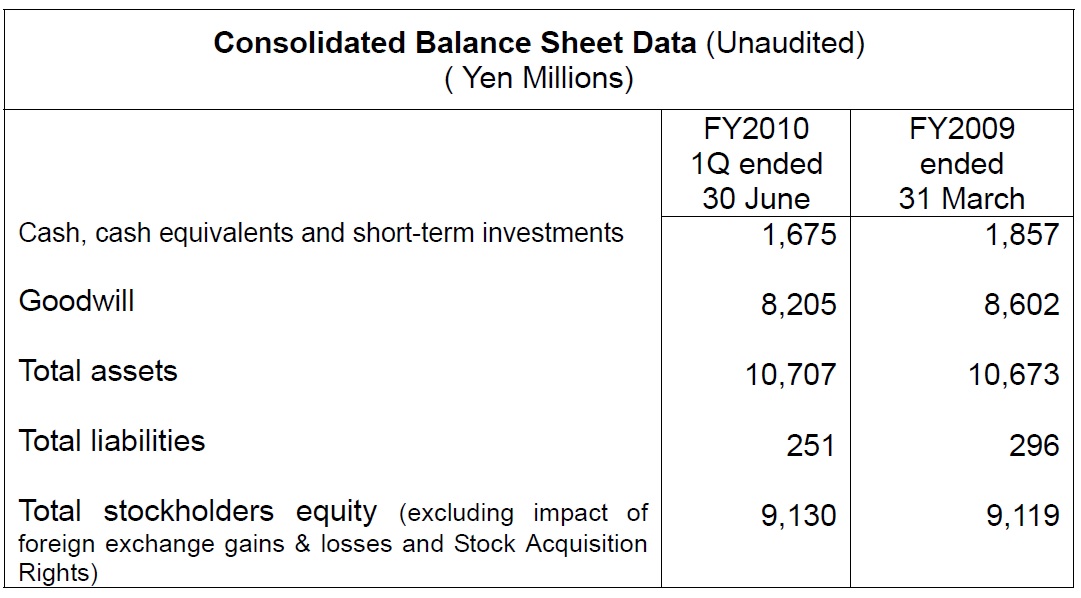