Net sales for the fiscal year ended March 2010 increased to ¥919M compared to ¥152M in the same period a year ago mainly due to the receipt of milestone revenue from Novartis for the initiation of PIII of NVA237.

Selling, General and Administration (SGA) expenses decreased to ¥2,646M from ¥3,698M in the same period previous year as a result of the company’s continued efforts to reduce overall costs. Within SGA, R&D expenses were ¥338M, a ¥447M decrease over the previous year’s total of ¥785M. Other SGA costs were ¥719M (¥1,325M in the previous year). Amortisation of goodwill, relating to the acquisition of Sosei R&D amounted to ¥1,588M, which is equivalent to the previous year.

The Group slightly increased its cash and cash equivalent balance to ¥1,857M as of 31st March 2010 compared to ¥1,768M in the same period last year.


Product development progress made during the financial year ended 31st March 2010 include:

• Signing of Definitive Distribution Agreement with ASKA for the commercialization of SOH-075 in November 2009. 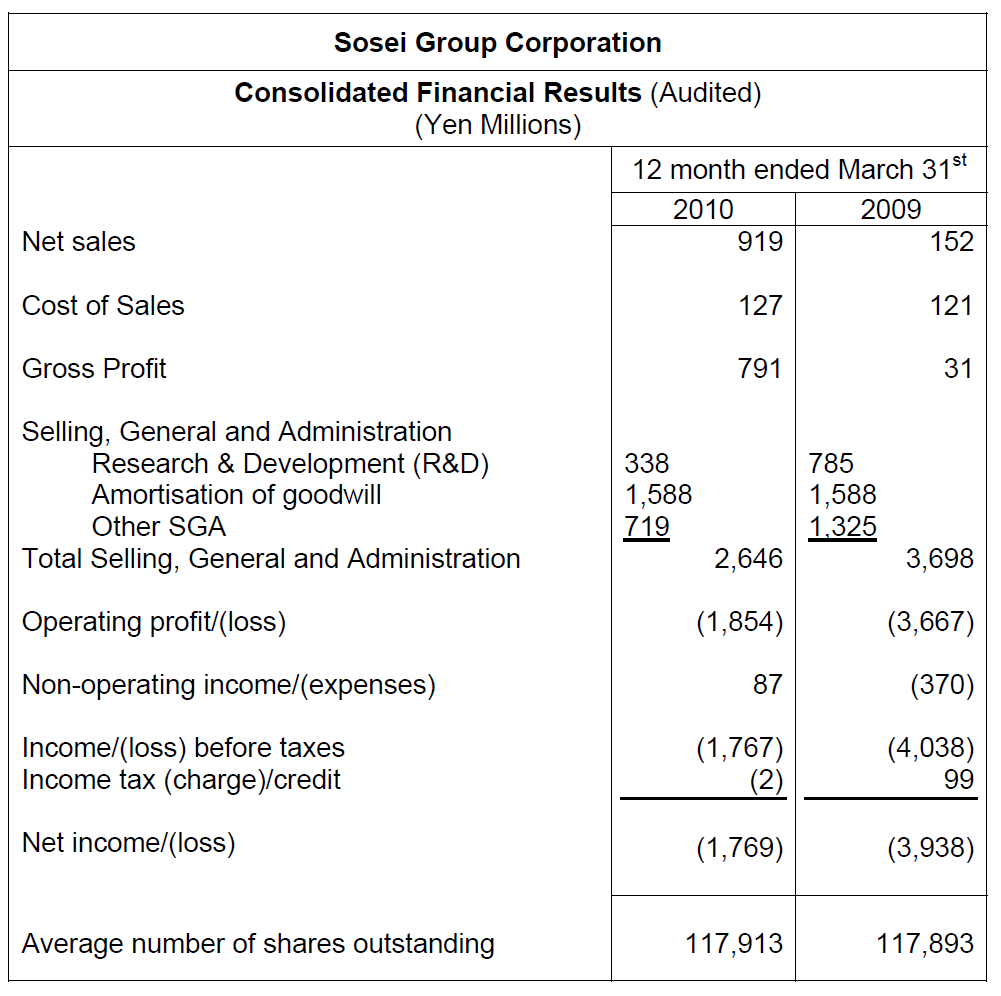 Net sales forecast mainly consist of milestone revenue that the initiation of Phase III clinical studies for QVA149 will trigger, along with sales of Norlevo to Sandoz Australia. NVA237 and QVA149 are being developed under the responsibility of Novartis, and therefore the Group will not incur any development costs for those two products. Further SG&A costs reductions will be pursued in FY10.