Net sales totalled ¥870M, an increase of 557% from ¥132M in the same period a year ago, as a result of milestone revenue from Novartis for commencement of Phase III studies for NVA237, the lump-sum payment from Aska upon the signing of the distribution agreement for SOH-075, and sales of emergency contraceptive pills to Sandoz, Australia.

Selling, General and Administration (SG&A) expenses for the 3Q were ¥1,957M (¥3,118M in the prior year), a significant decrease that comes as a result of the company strategy to cut R&D costs and secure the future of the business until it starts generating income from NVA237/QVA149 in a few years time. Within SG&A expenses, R&D costs were ¥276M (¥731M in the comparative period of the prior year). Amortization of goodwill arising from the Sosei R&D Ltd. acquisition remains the same as the previous year at ¥1,191M, while other SG&A expenses decreased to ¥489M, a reduction of 59% from the same period last year.

Progress of Development and other activities over 3 months from October to December 2009:
• In October 2009, Sosei R&D Ltd., Sosei Group’s wholly owned UK subsidiary, entered into an agreement with Pharmasol R&D Ltd., a privately held UK company, to assign its rights to the assets of AD923. In the same month Sosei R&D Ltd. assigned its drug discovery programme, SD281 and its analogues, to Biocopea Limited, a UK biotechnology company. As a result of the two agreements, Sosei R&D will receive payments based on revenues arising from the commercialization of these assigned assets.
• On 22 October 2009, Sosei announced that the initiation of Phase III studies with QVA149 is expected to occur during 2010, and therefore the receipt of the associated milestone payment of $7.5m is expected to slip into the fiscal year ending 31 March 2011.
• On 2 November 2009, Sosei announced that it has signed a Definitive Distribution Agreement with ASKA Pharmaceuticals for commercialization of SOH-075.
• On 6 January 2010, Sosei announced that its partner Treague Ltd. had discontinued development of AD452 (the single enantiomer RS(+) mefloquine for the treatment of malaria), as the Phase I trial was unable to achieve its clinical objective of demonstrating a substantially superior safety profile for the single enantiomer compared with racemic mefloquine. 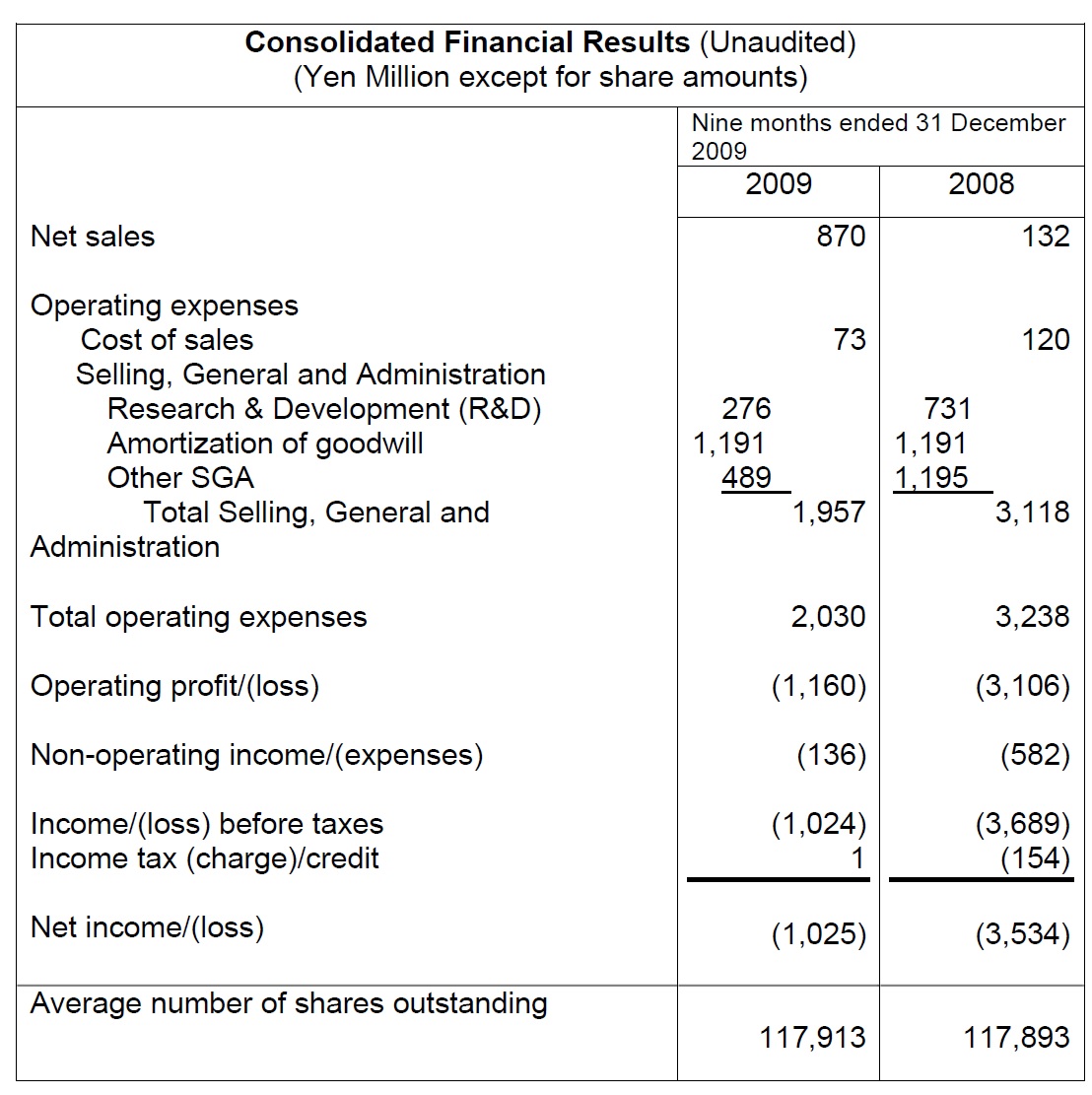 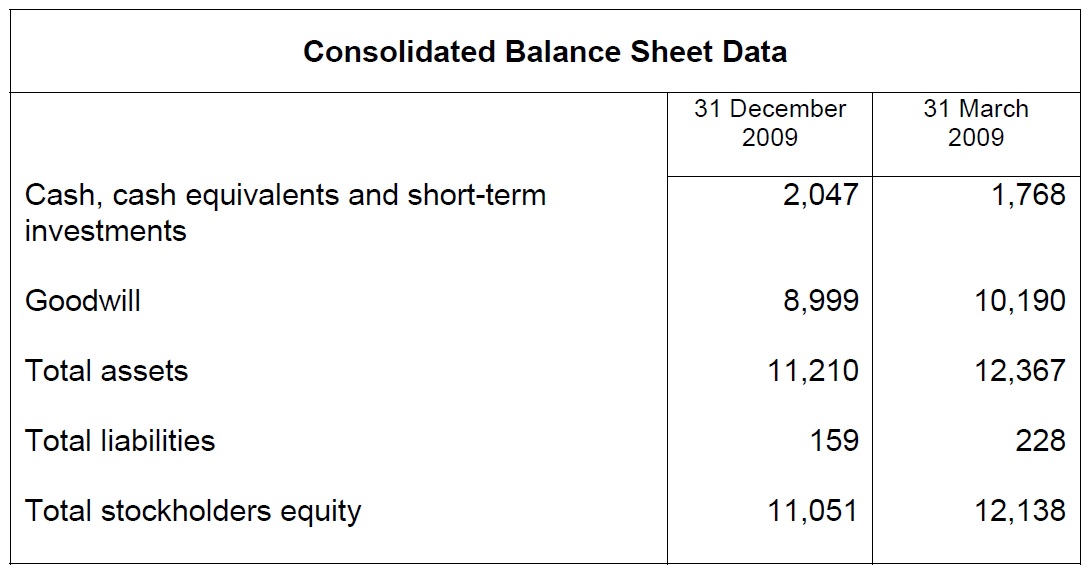