Selling, General and Administration (SGA) expenses were ¥1,324M (¥2,024M in the previous year). Within SGA, R&D expenses were ¥209M a decrease of 68.4% from the comparative half last year as a result of the company strategy to cut R&D cost and secure the future of the business until it starts generating income from NVA237/QVA149 in a few years time. Also, as a result of efforts to reduce non R&D costs, other SGA costs fell by 43.5% to ¥321M. Amortisation of goodwill, relating to the acquisition amounted to ¥794M, which is nearly equivalent to the previous year on a prorated basis. The operating loss decreased to ¥491M from ¥2,117M in the previous year and the net loss decreased to ¥493M from ¥1,856M in the comparative period last year.

The latest progress of product development and other activities includes:

• At the European Respiratory Society held in Vienna in September 2009, Novartis announced positive results of the two Phase II studies. The efficacy and safety study demonstrated the QVA149 showed significant improvements in bronchodilation at 24 hours compared with placebo and indacaterol and was well tolerated, while the safety and tolerability study demonstrated that QVA149 had no significant effect on change in 24 hour mean heart rate from baseline to Day 14 and was well tolerated with overall adverse event rates similar to placebo.

• In October 2009 Sosei R&D Ltd., Sosei Group wholly owned UK subsidiary, has entered into an agreement with Pharmasol R&D Ltd., a privately held UK company, to assign its rights to the assets of AD 923. In the same month Sosei R&D Ltd. assigned its drug discovery programme, SD281 and its analogues, to Biocopea Limited, a UK biotechnology company. Based on the two agreements Sosei R&D will receive payments based on revenues arising from the commercialization of these assigned assets.

• On 22nd October 2009, Sosei announced that the initiation of Phase III studies with QVA149 is expected to occur during 2010, and therefore the receipt of the associated milestone payment of $7.5m is expected to slip into the financial year to 31 March 2011.

• On 2nd November Sosei announced that it have signed Definitive Distribution Agreement with ASKA Pharmaceuticals for commercialization of SOH-075. 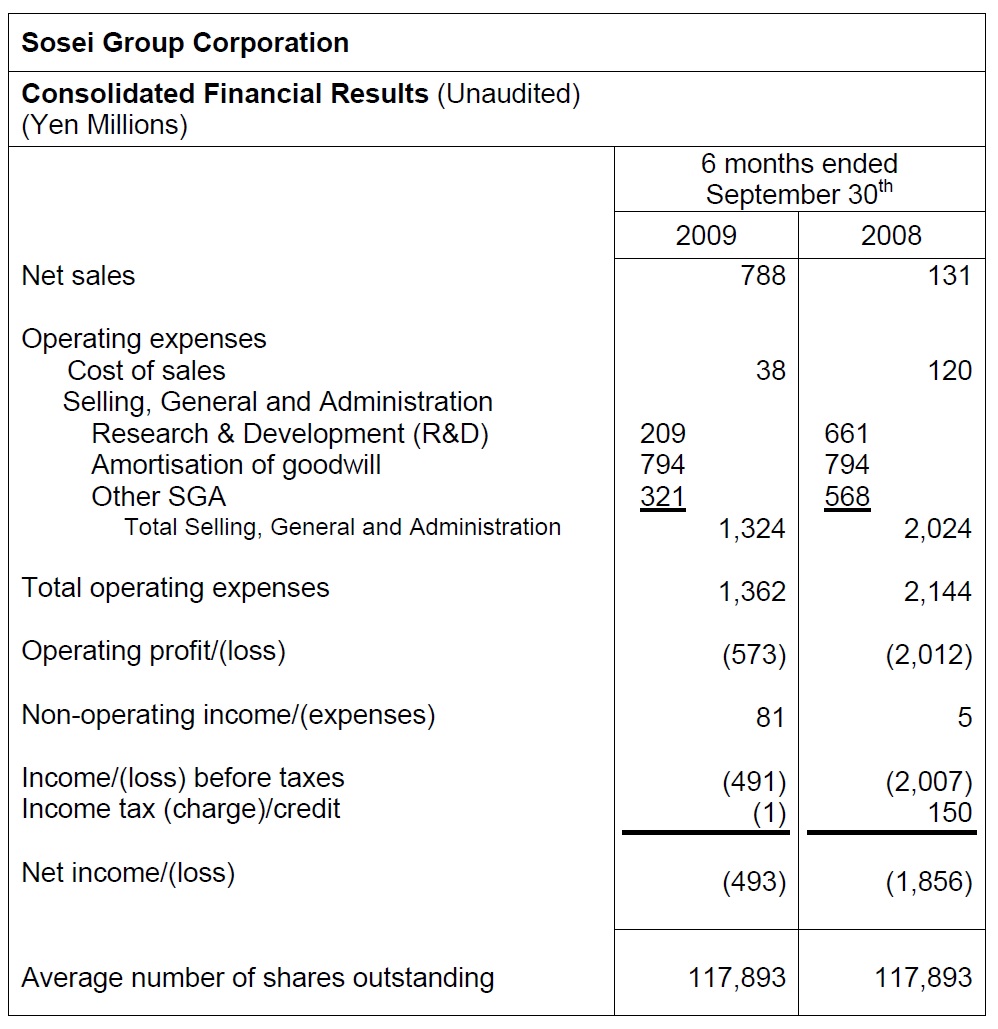 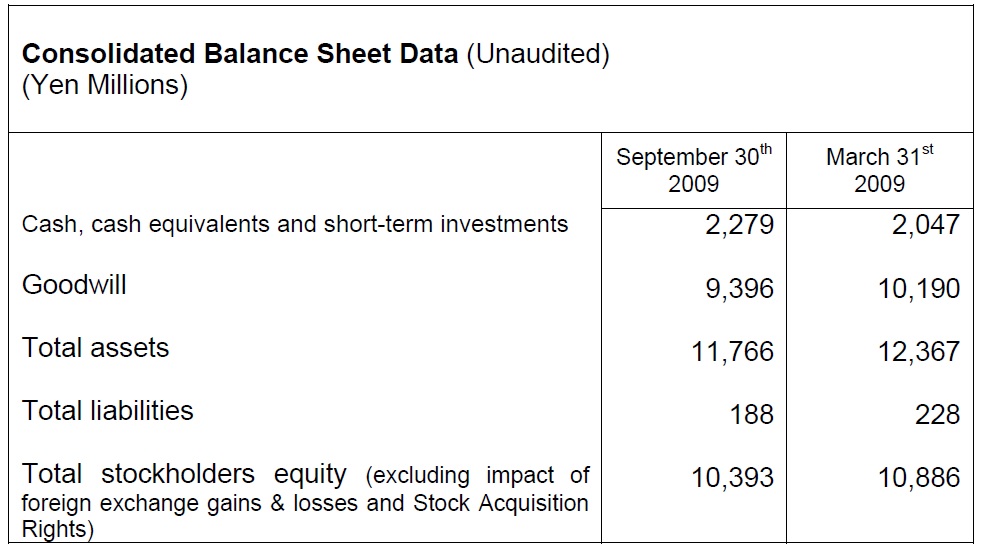