The net sales for the 1Q ended 30th June 2009 totaled ¥733M, an increase of ¥669M compared to ¥64M achieved in the same period a year ago. The income in this period is primarily based on the milestone from Novartis triggered by the commencement of Phase III trials for NVA237, and ongoing sales of NorLevoⓇ to Sandoz through a sub-licence arrangement in Australia.

Progress of product development and other activities during the 1Q ended 30th June 2009 included:

– in May 2009 Sosei granted manufacturing process related patent for NVA237 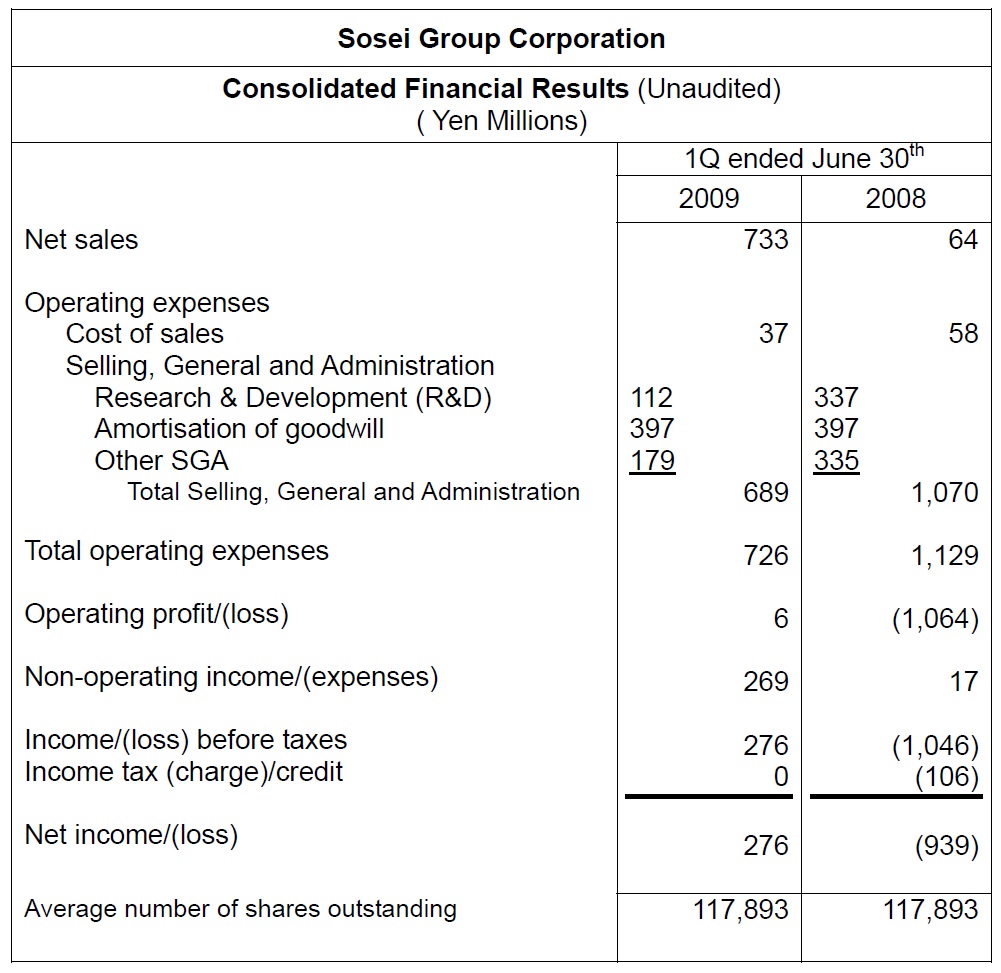 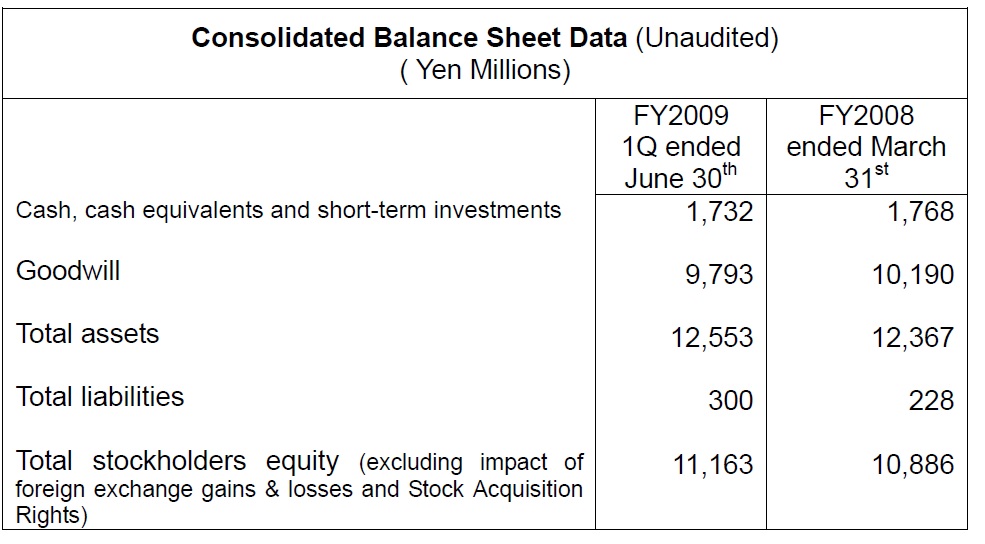 The financial forecast for the year ending March 31st 2010 remains unchanged from that announced on May 14th 2009.