The net sales for the fiscal year ended March 2009 decreased ¥557M compared to the same period a year ago, as the majority of the revenue in this period was from the ongoing sales of Norlevo to Sandoz Australia and no milestone revenues were received.

Selling, General and Administration (SGA) expenses decreased to ¥3,698M from ¥6,856M in the same period previous year, as a result of company’s downsizing and efforts to reduce costs in general. Within SGA, R&D expenses were decreased by ¥3,103M over the previous year totalling ¥785M. Other SGA costs were ¥1,325M (¥1,361M in the previous year). Amortisation of goodwill, relating to the acquisition of Sosei R&D amounted to ¥1,588M, which is almost equivalent to the previous year (¥1,606M).

Announcements made during the financial year ended 31st March 2009 include:

• Announcement of strategy review, company downsizing and cost reduction in May 2008 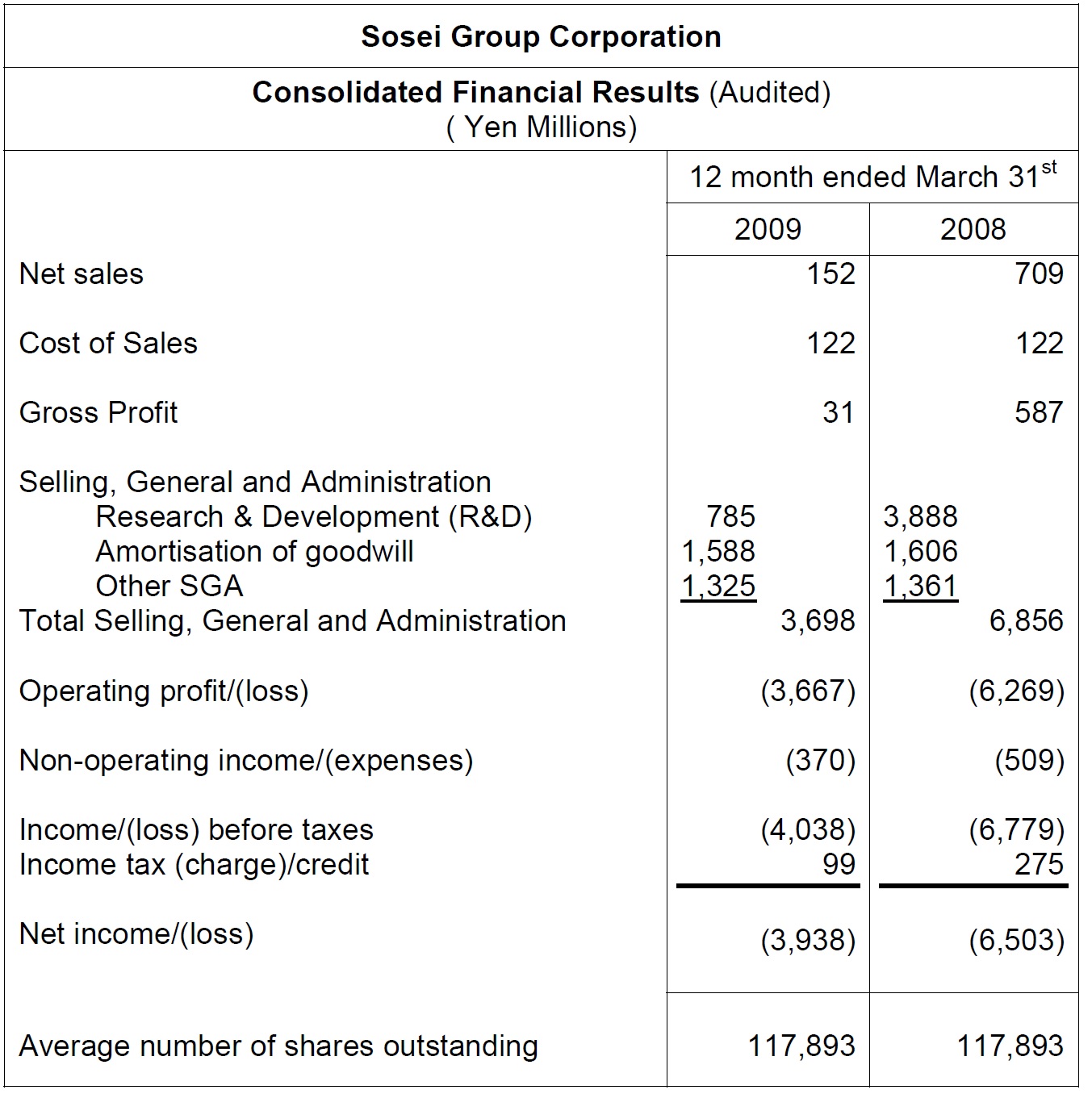 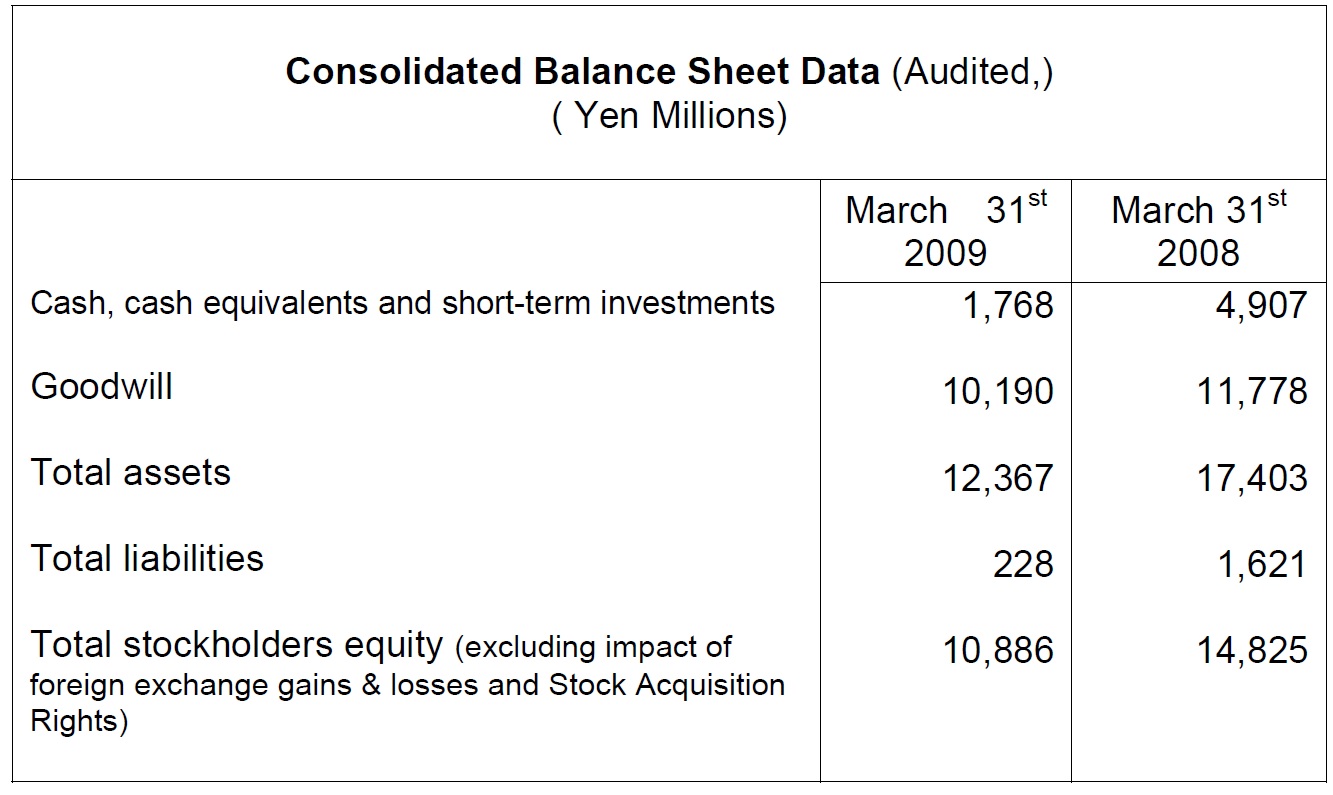 As a result of restructuring and portfolio review in the beginning of the FY2008, R&D and SG&A costs will be reduced dramatically compared to the results in the year ended March 31, 2009.

Within the existing pipeline, NVA237 and QVA149 are being developed under the responsibility of Novartis, and therefore the Group will not incur any development costs for those two products.

Net sales forecast includes milestone revenues that the initiation of Phase III clinical studies for both NVA237 and QVA149 will trigger, as well as the sales of Norlevo to Sandoz Australia and milestone payments from Aksa regarding development and NDA submission for SOH-075. 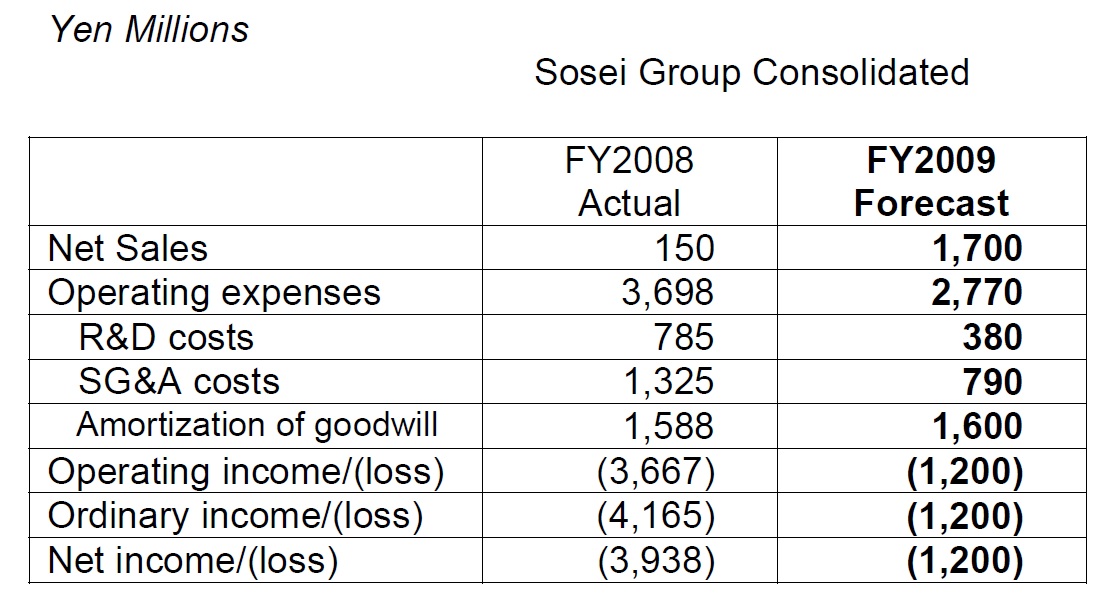