Net sales totaled ¥132M, a decrease of 80.1% from ¥664M the same period a year ago, as there were no milestones payments or sales revenue in this quarter.

Progress of Development and other activities for 3 months from October to December in 2008:

• Completion of SD118(neurophatic pain) Phase I studies on 8th October 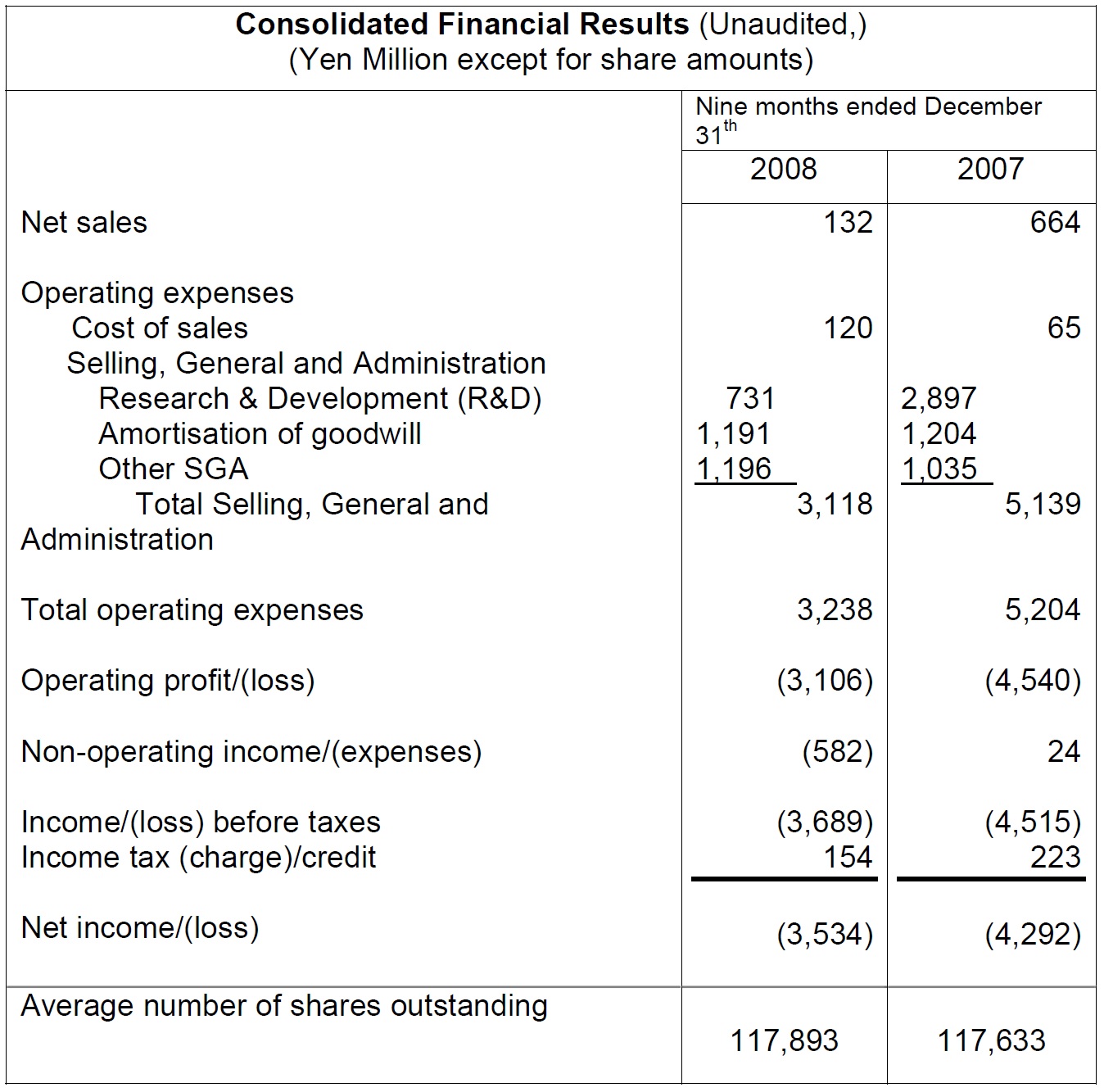 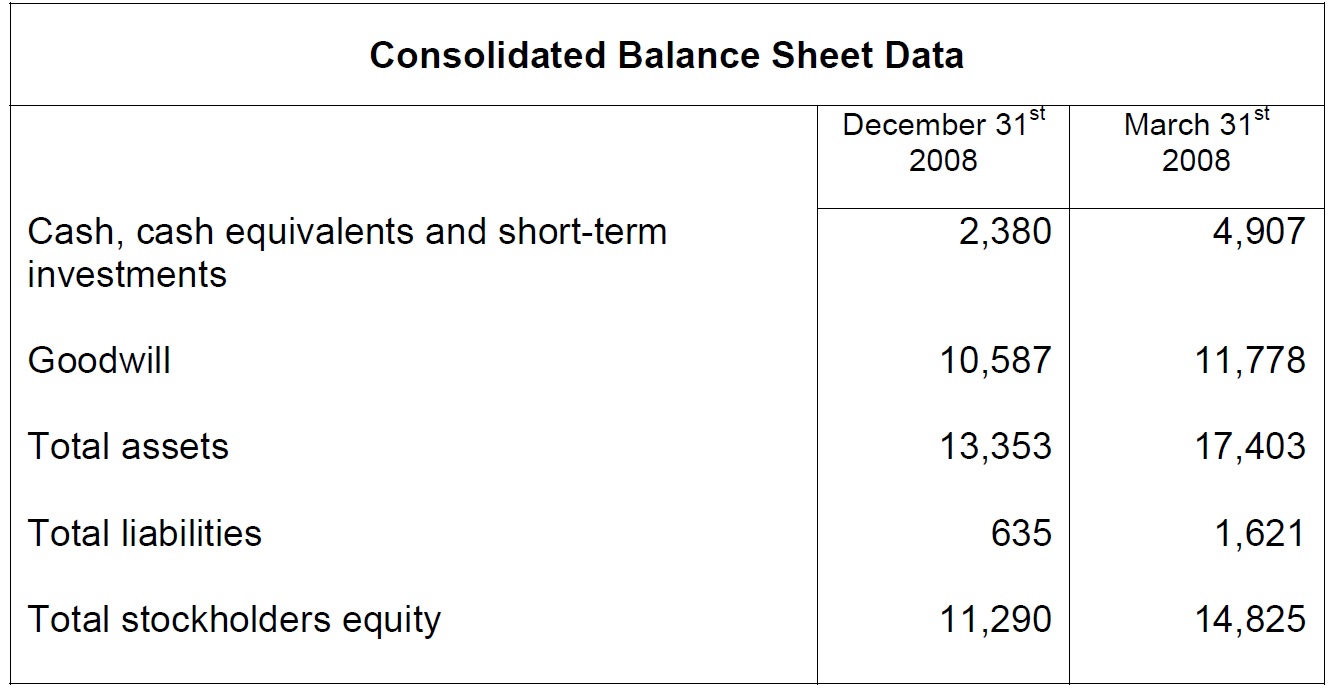 As a result of the ¥700M exchange rate loss, and the maintenance cost of Sosei R&D that have surpassed initial forecast, Ordinary Loss and Net Loss in the consolidated forecast have been revised.