The net sales for the first half was ¥131M, an increase of ¥61M compared to the same period a year ago due to the increase in ongoing sales of Norlevo to Sandoz Australia.

Selling, General and Administration (SGA) expenses were ¥2,024M (¥3,338M in the previous year). Within SGA, R&D expenses were ¥661M a decrease of 64% from ¥1,844M in the comparative half last year as a result of the company strategy (announced on 14th May) to cut R&D cost and secure the future of the business until it becomes a significant income generating business from NVA237/QVA149 in a few years time.

Also, as a result of efforts to reduce non R&D costs, other SGA costs fell by ¥121M to ¥568M. Amortisation of goodwill, relating to the acquisition amounted to ¥794M, which is nearly equivalent to the previous year on a prorated basis.

• Completion of phase III trial of SOH-075 (emergency contraceptive) in Japan in July 2008. 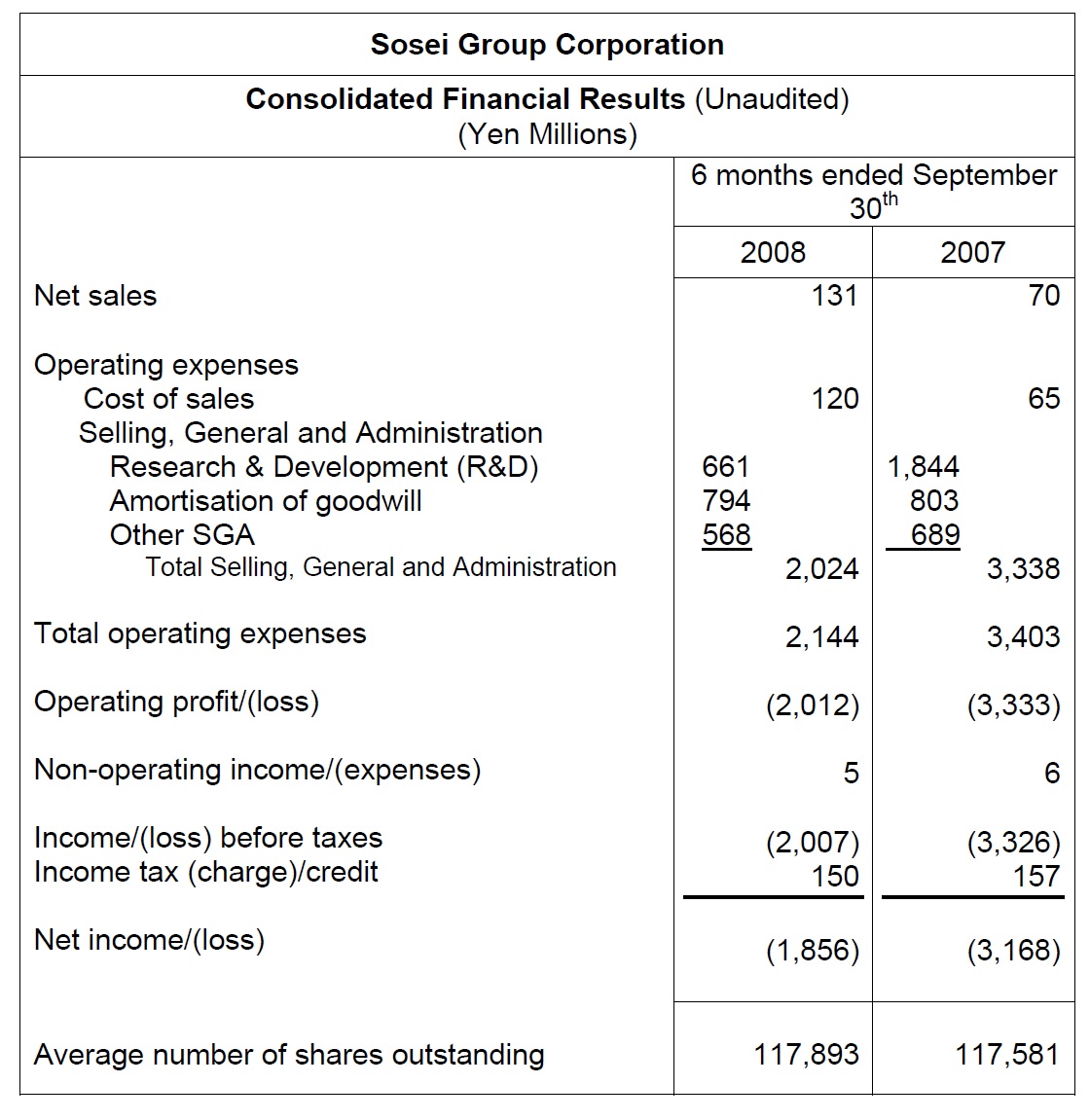 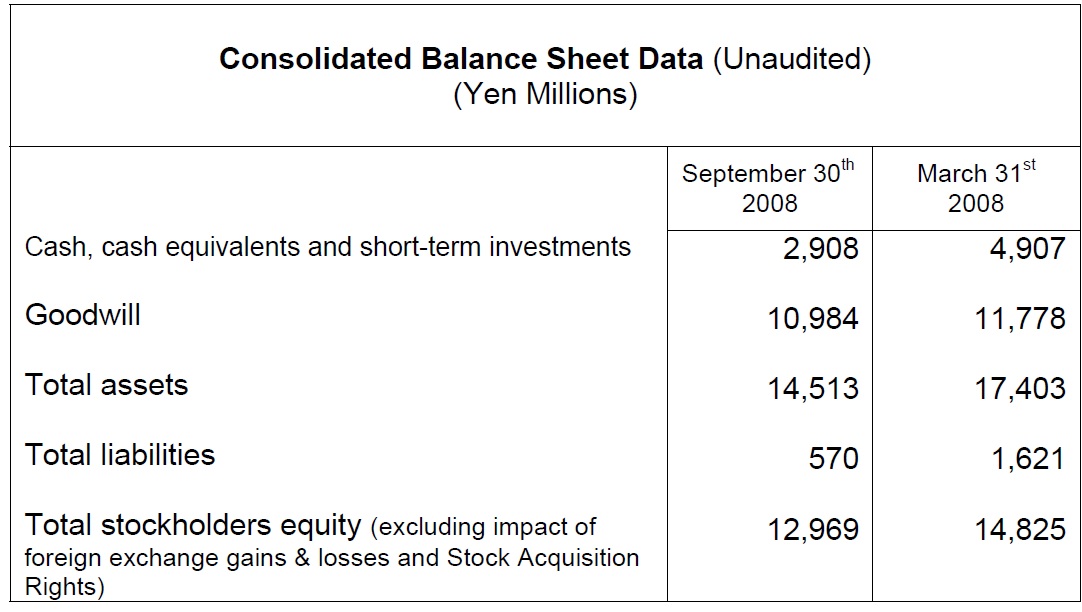 The financial forecast for the year ended March 31st 2009 remains unchanged from that announced on May 14th 2008.