The net sales for the 1Q ended 30th June 2008 totaled ¥64M, an increase of ¥43M compared to ¥21M achieved in the same period a year ago. The income in this period was primarily from the ongoing sales of NorLevoⓇ to Sandoz through a sub-licence arrangement in Australia.

Progress of product development and other activities during the 1Q ended 30th June 2008 included:

• Strategy Review - Sosei has taken decisive action to cut costs, streamline its operations and secure the future of the business by reviewing its portfolio, closing its Chesterford operation and reducing UK headcount. Sosei will no longer operate a product discovery unit (UK) but will maintain the rights to NVA237/QVA149 licensed to Novartis and seek to out-license or sell all other assets generated in the UK including AD 923 and its discovery assets whilst seeking to retain some rights for the Asian market. This will provide Sosei with at least two years cash based on the post-restructuring cash burn including a budget allocation to explore some late stage product opportunities for future expansion but without the inclusion of any income from licensing or sales deals for its compounds.

• SD118 (neuropathic pain) - After the closing of the Chesterford operation, the project has been transferred to Sosei Co. Ltd (Japan). A Phase I multiple ascending dose trial was concluded successfully. 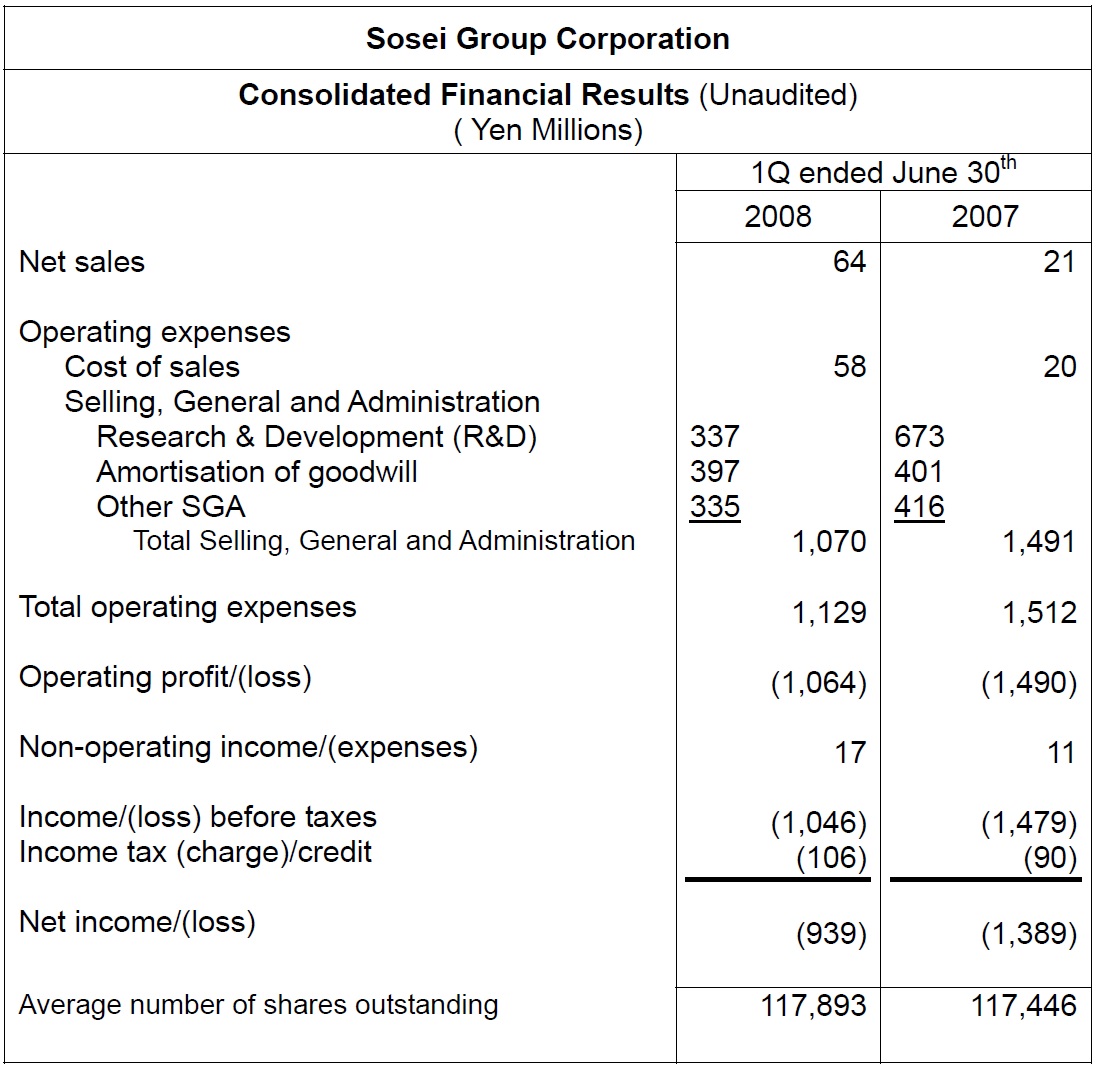 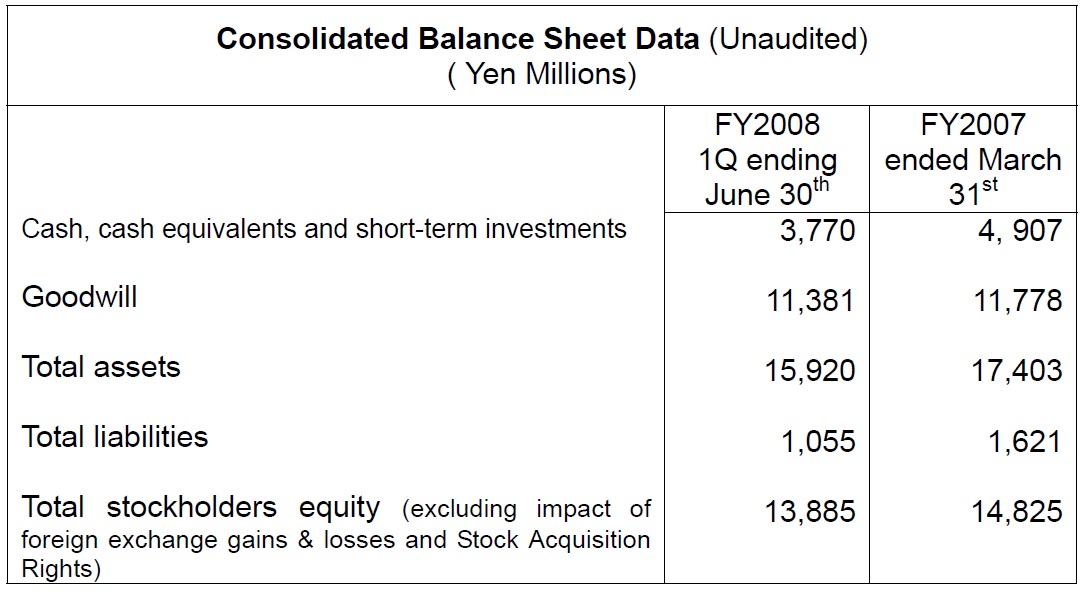 The financial forecast for the year ending March 31st 2009 remains unchanged from that announced on May 14th 2008.