The net sales for the fiscal year ended March 2008 decreased ¥30M compared to the same period a year ago. In this period the majority of the revenue was from the ongoing sales of Norlevo to Sandoz Australia and the milestone payment from Mundipharma relating to the commencement of AD 923 Phase III clinical trial.

Selling, General and Administration (SGA) expenses were ¥6,856M (¥6,900M in the previous year). Within SGA, R&D expenses were ¥3,888M a 8.9% increase over the previous year ¥3,568M as the Group continued to develop the product pipeline. Other SGA costs fell by ¥364M to ¥1,361M as a result of efforts to reduce non R&D costs. Amortisation of goodwill, relating to the acquisition amounted to ¥1,606M, which is equivalent to the previous year on a pro-rated basis.

• Initiation of phase II clinical study of NVA237 in the USA for COPD by Novartis in August 2007.

• Completion of phase II trial of AD 337 for fibromyalgia syndrome in September 2007.

• Initiation of phase II clinical study of QVA149 by Novartis in November 2008.

• Temporary halt of Phase III of AD 923 due to a technical problem concerning device used to deliver fentanyl spray. 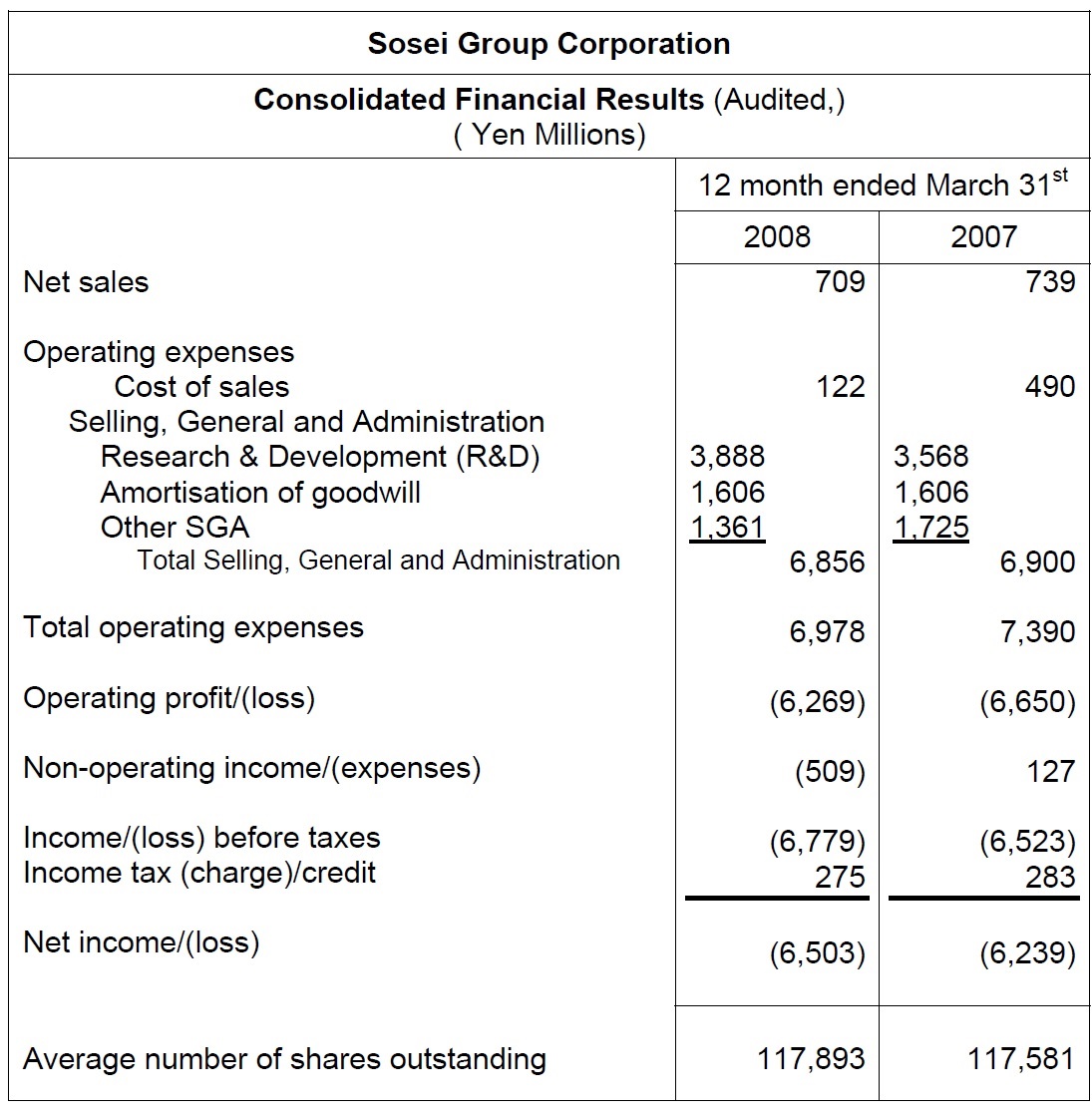 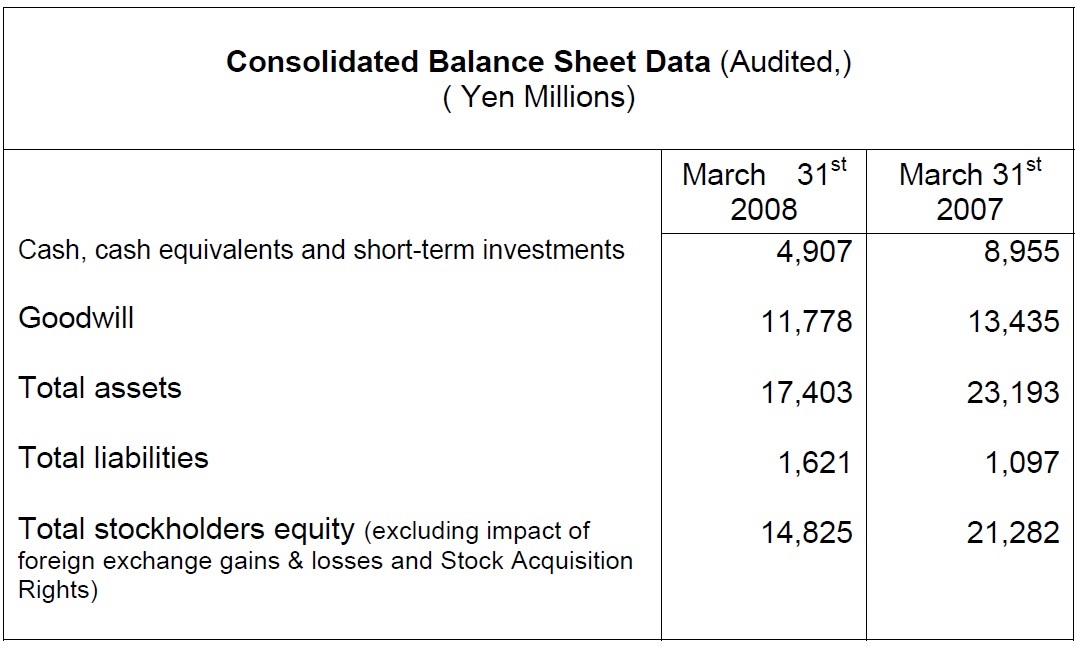 As a result of restructuring and portfolio review in the beginning of the FY2008, R&D and SG&A costs will be reduced dramatically compared with previous year.

Within the existing pipeline, NVA237 and QVA149 are being developed under the responsibility of Novartis, and therefore the Group will not incur any development costs for those two products.

The forecasted costs and revenues depend on assumptions about development and commercialization pathway. The forecast only includes revenue from the sales of Norlevo to Sandoz Australia which is likely to occur in FY2008 and excludes milestone payments where the timing remains unclear.