The net sales for the first half decreased ¥504M compared to the same period a year ago which included an upfront payment and income from Novartis relating to the development of NVA237. In this period the majority of the revenue was from the ongoing sales of Norlevo to Sandoz Australia.

Selling, General and Administration (SGA) expenses were ¥3,338M (¥3,195M in the previous year). Within SGA, R&D expenses were ¥1,844M an increase of 24% from ¥1,489M in the comparative half last year as the Group continued to develop the product pipeline. Other SGA costs fell by ¥213M to ¥689M as a result of efforts to reduce non R&D costs. Amortisation of goodwill, relating to the acquisition amounted to ¥803M, which is equivalent to the previous year on a pro-rated basis.

Significant developments during the first half ended 30th September 2007 included: 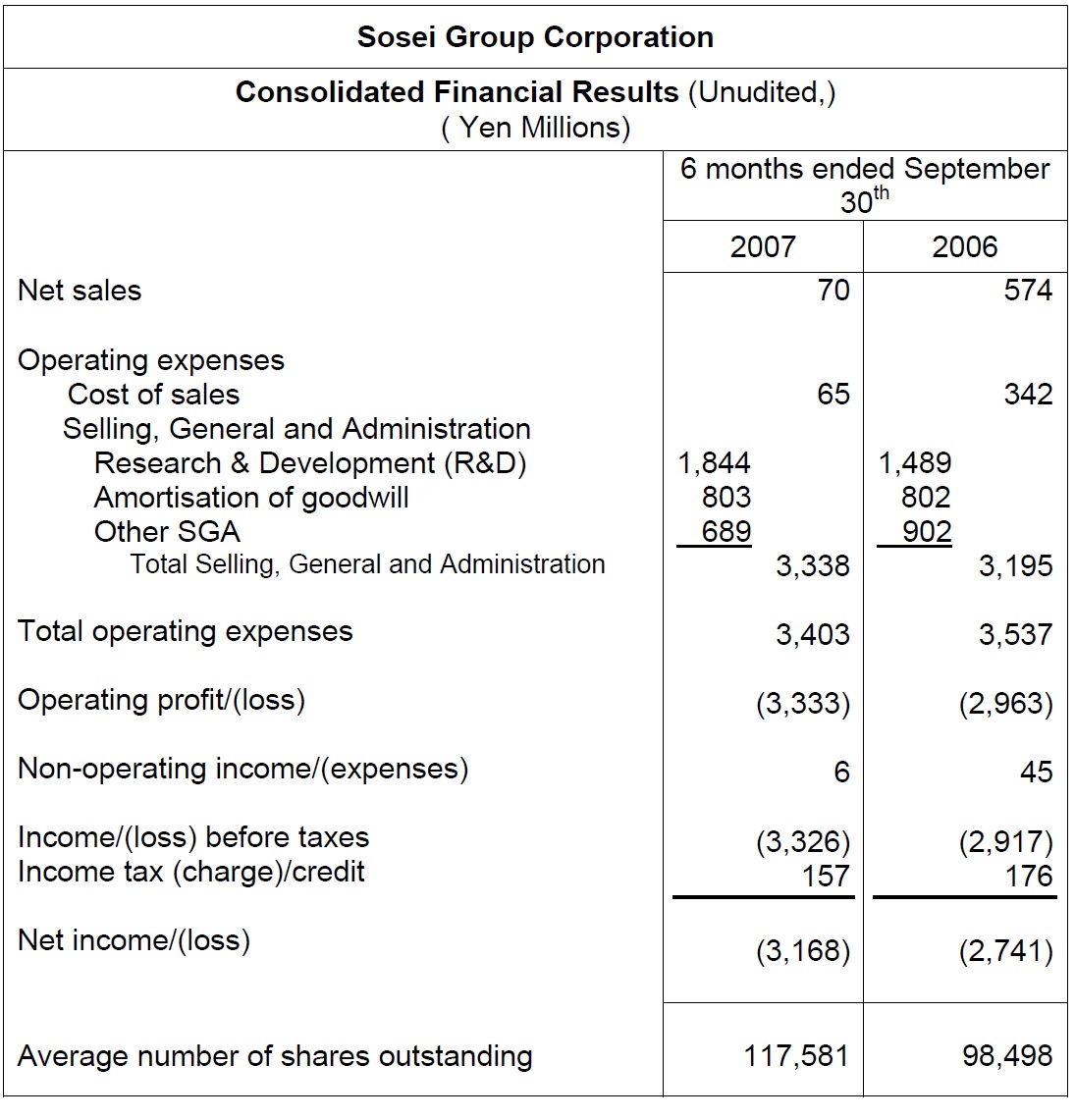 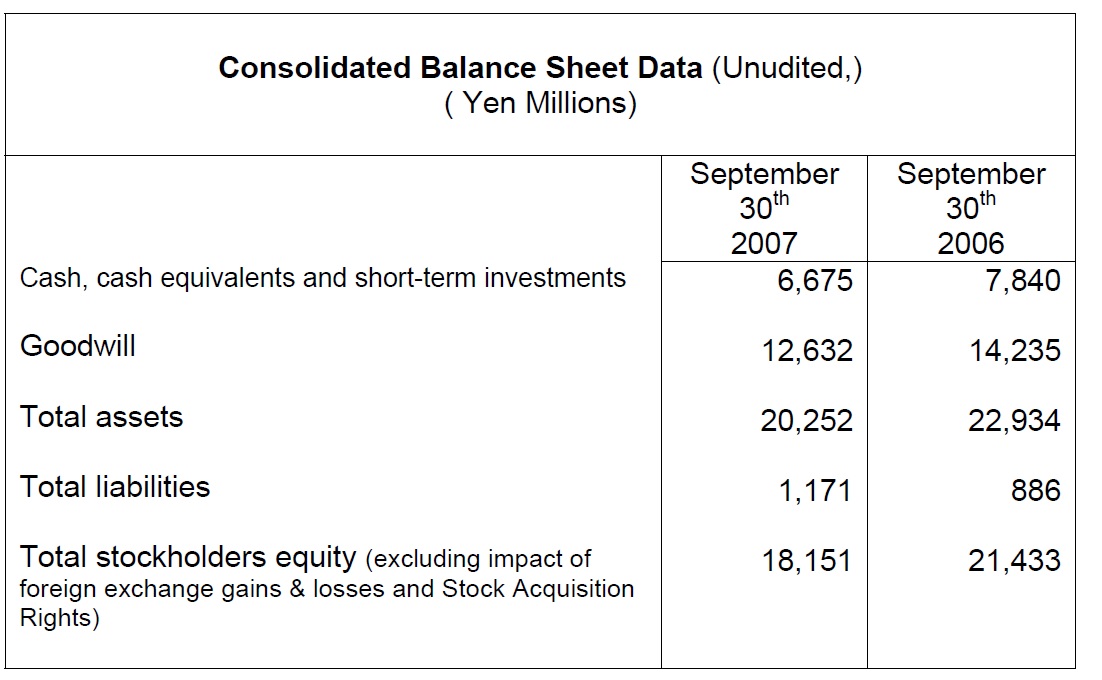 The financial forecast for the year ended March 31st 2007 remains unchanged from that announced on May 14th 2007.