First quarter net sales totaled Yen 21 million, a decrease of Yen 349 million compared to the same period a year ago due to the receipt of an upfront payment from Mundipharma International Corporation regarding the agreement to commercialize AD 923 and the completion of the development work for Novartis for NVA237 in the corresponding period in 2006.

The net loss was Yen 1,389 million for the period compared to Yen 1,270 million in the prior year period.

Recent developments in the first quarter: 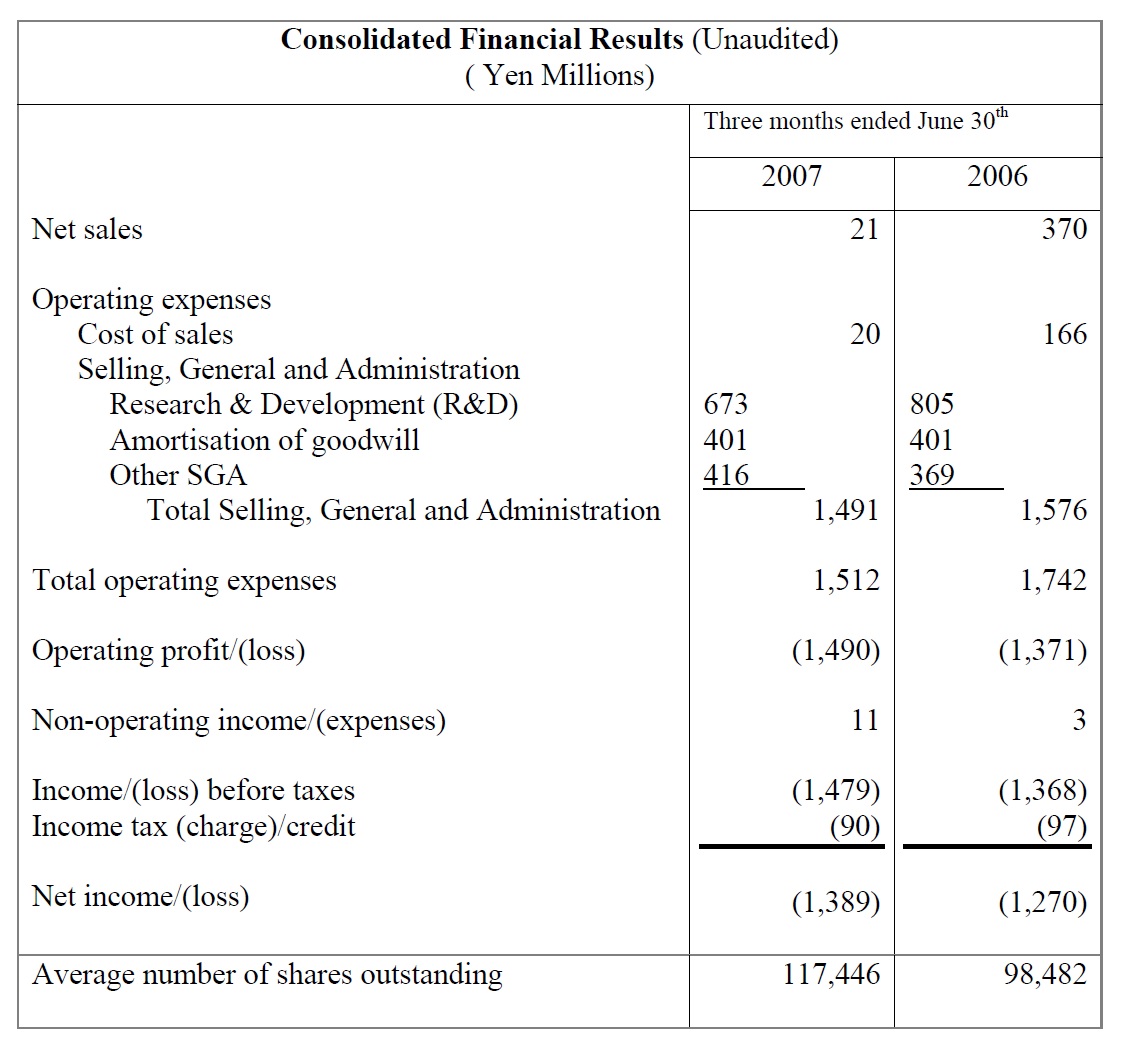 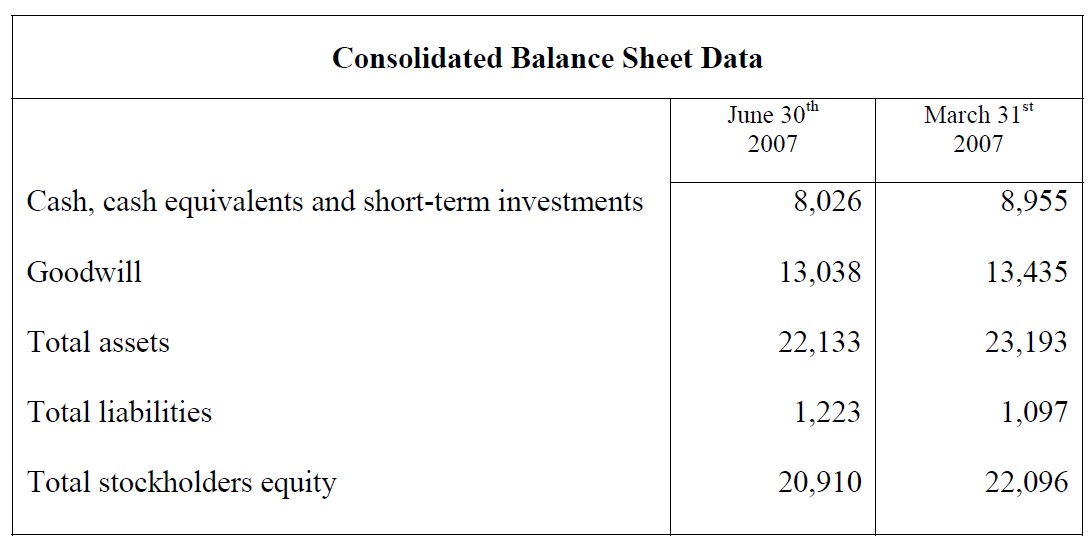 Note: This announcement is just a summary of Consolidated Financial Results for the First Quarter ended 30th June 2007 and has not been audited by Deloitte Touche Tohmatsu.