The consolidated results for the group for the year ended 31 March 2007 include the full year costs of Sosei R&D Ltd. whereas the costs in the prior year to March 2006 included only 7 months of costs following the acquisition of that subsidiary at the end of August 2005. The variance in costs between the two years is predominately attributable to this factor. The operating revenue for the fiscal year ended March 2007 was up 78% at ¥739M from the previous year. The revenue includes the initial upfront milestone payment from Mundipharma regarding the commercialisation of AD923 and income from Novartis relating to the development of NVA237.

Significant developments during the year to 31 March 2007 included:- 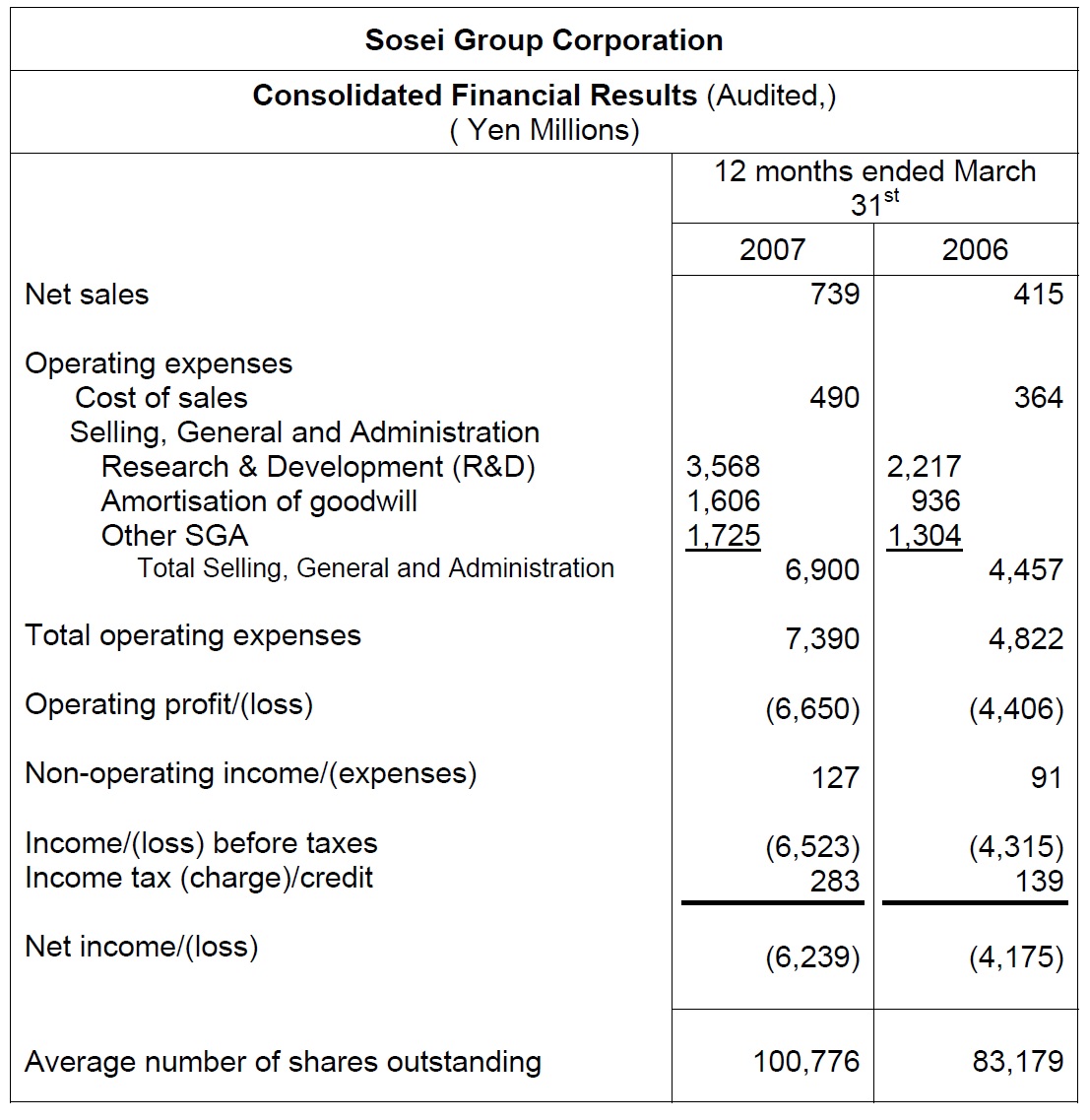 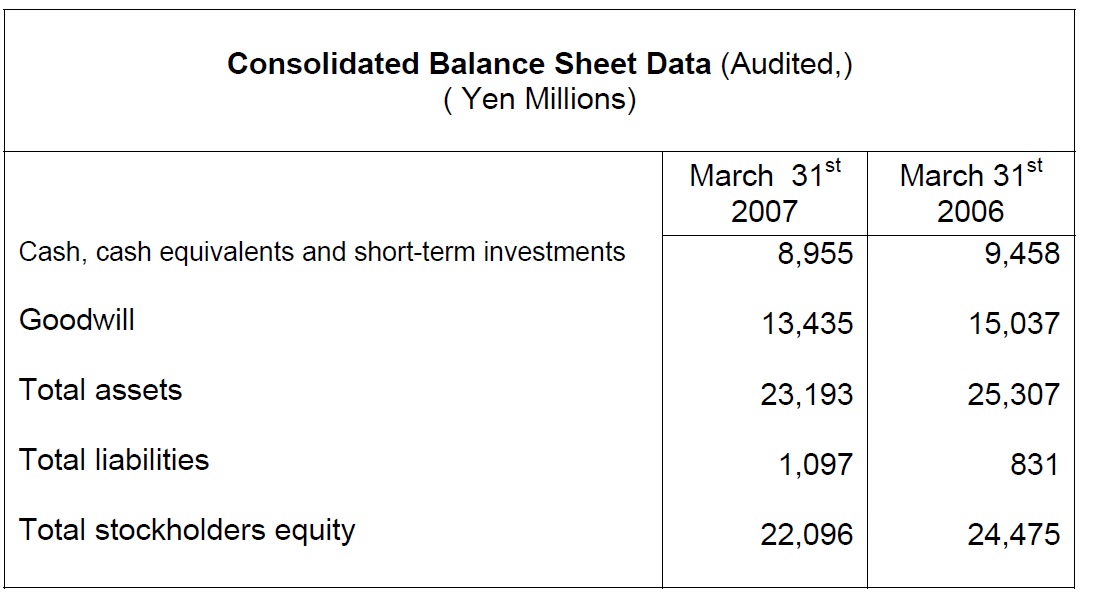 The Group’s primary focus is to advance the existing product pipeline and to expand this pipeline utilising both in-house product discovery capabilities and through the in-licencing of compounds from third parties. The Group will continue to evaluate commercialisation opportunities for its products with new partners where a combination of initial payments, milestones and royalties can be expected. Within the existing pipeline, NVA237 and QVA149 are being developed under the responsibility of Novartis, and therefore the Group will not incur any development costs for these two products. The forecasted costs and revenues depend on assumptions about development and commercialization pathways. The forecast only includes revenue from agreements already signed which depend on events likely to occur in FY2007 and excludes milestone payments where the timing remains unclear.

Forecasted results are as follows;