Net sales totaled Yen 649 million, an increase of Yen 440 million over the Yen 209 million achieved in the same period a year ago due to the income from Novartis relating to the development of NVA237, the receipt of an upfront payment from Mundipharma International Corporation regarding the agreement to commercialise AD 923 and sales of Norlevo to Sandz Australia.

The net loss was Yen 4,265 million for the period compared to Yen 2,570 million in the prior year period.

As of 31st December 2006, Sosei had Yen 6,695 million in cash and no outstanding debt, compared to Yen 9,458 million in cash, cash equivalents and short term investments as of 31st March 2006. This decrease is due to the operating loss for the 9 months from April to December in 2006.

Progress of Developments and other activities for 3 months from October to December in 2006: 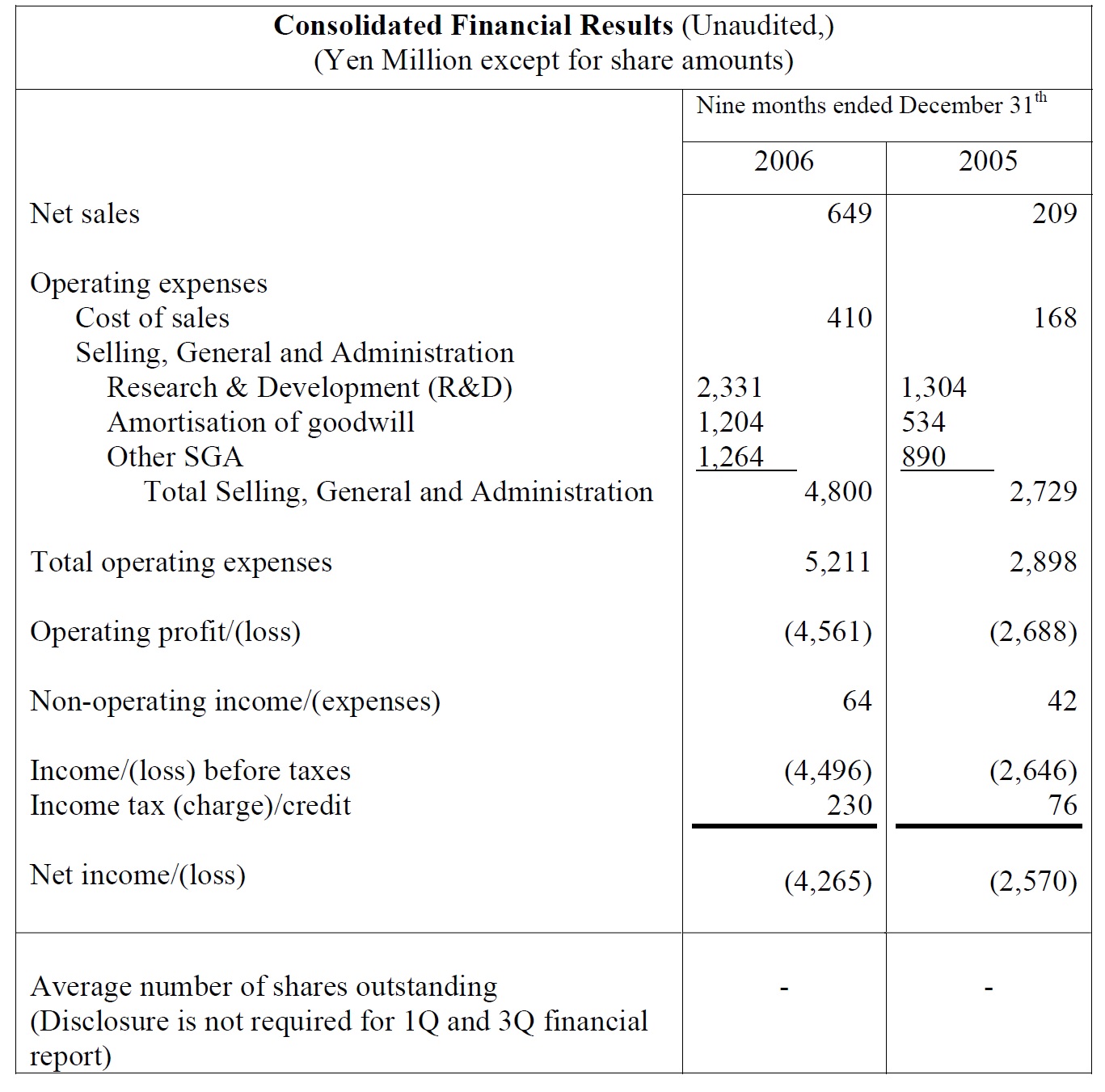