First half net sales totaled Yen 574 million, an increase of Yen 521 million over the Yen 52 million achieved in the same half a year ago due to the receipt of an upfront payment from Mundipharma International Corporation regarding the agreement to commercialise AD 923 and income from Novartis relating to the development of NVA237.

The net loss was Yen 2,741 million for the period compared to Yen 1,259 million in the prior year period.

Developments in the first half: • As announced in June, the strategic review of the pipeline concluded that in addition to our lead product NVA237 and its combination products (for chronic obstructive pulmonary disease) that are funded by our partner Novartis, the prioritized pipeline will focus expenditure on AD 923 (for cancer breakthrough pain), SOU-003 (for nocturia), AD 452 (for rheumatoid arthritis), SOH-075 (for emergency contraception) and AD 337 (for fibromyalgia) and that the withdrawal of SOU-001 and SOT-375 from our core pipeline was confirmed. • Completion of phase IIb of NVA237
• Agreement with Mundipharma for the development and commercialisation of AD 923 • Initiation of phase II of AD 337

The review of the business announced at the AGM in June has been completed and the cost base has been realigned to meet the needs of the business going forward. The financial forecast for the year ended March 31st 2007 remains unchanged from that announced on November 2nd 2006. 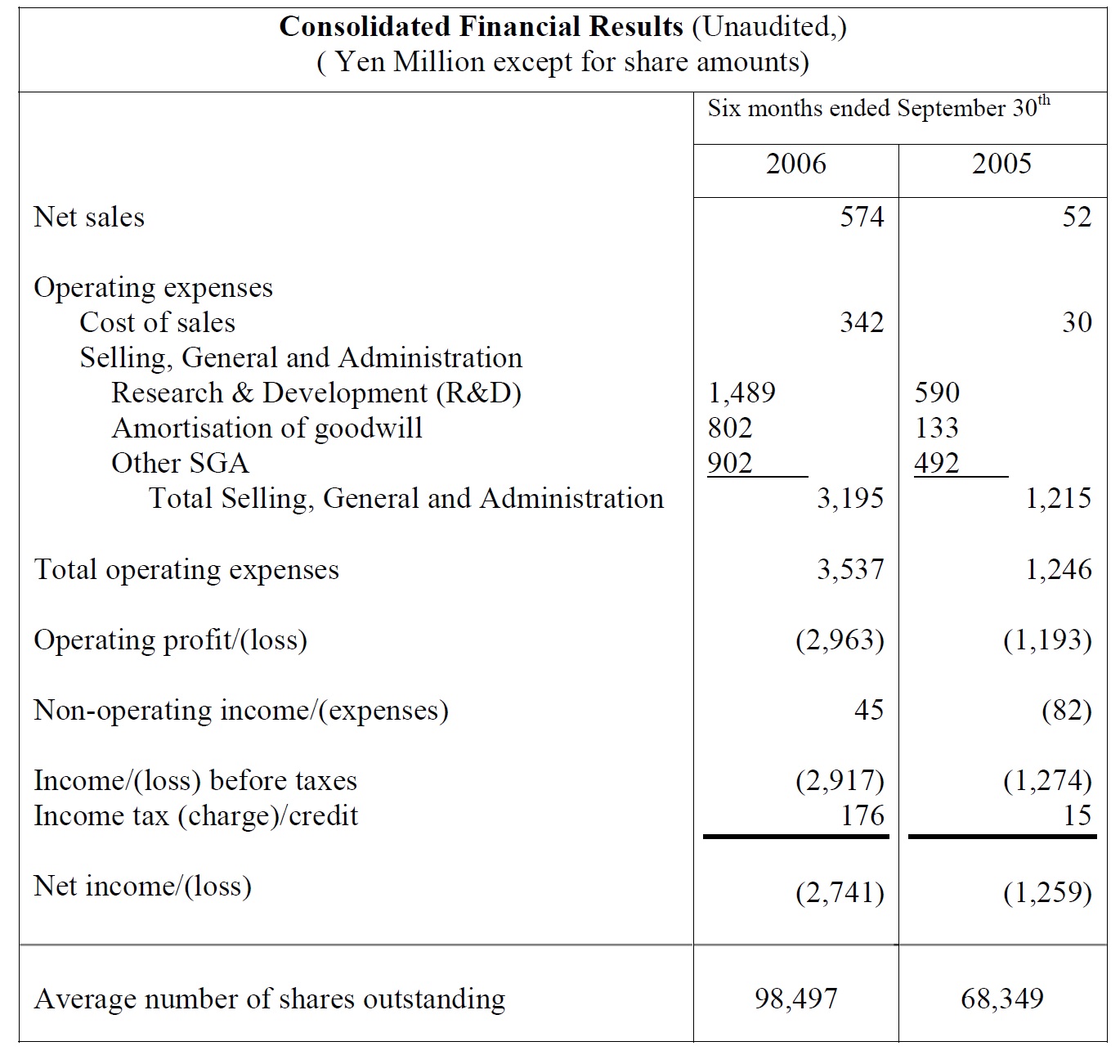