Announcement on Revision of Financial Forecast for FY2004 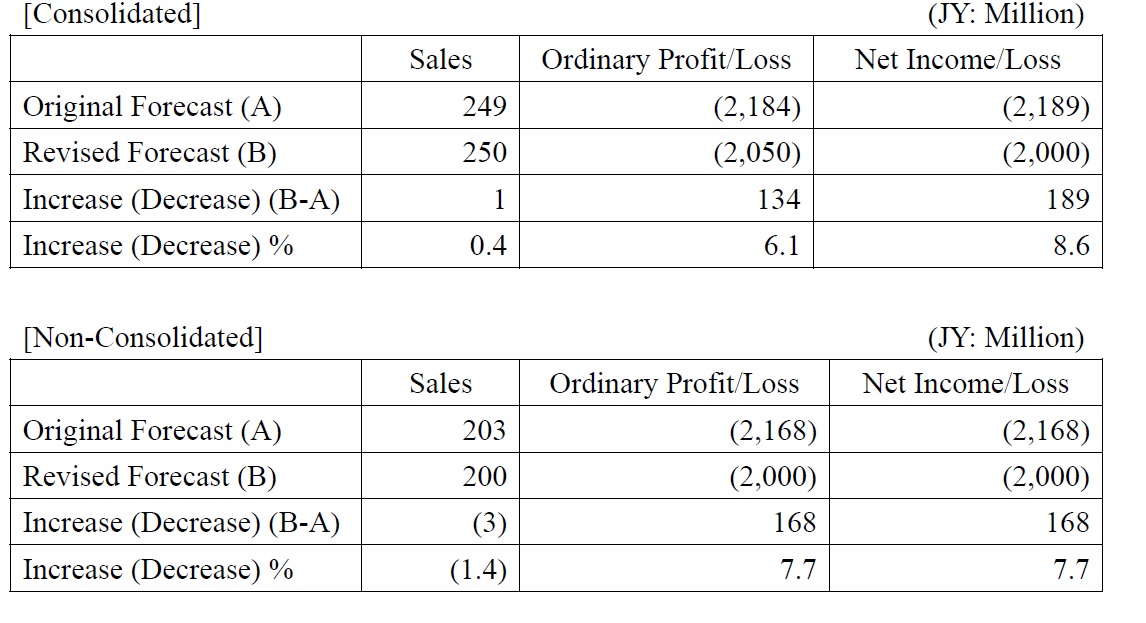 3. Reasons for Revision The sales forecast for the first half of FY2004 is revised due to a partial delay of revenue in our technology transfer subsidiary. The forecast of ordinary profit is revised as the in-licensing of a new compound and the Orphan Drug Status for SOT-107 are now estimated to occur in the second half of FY2004, whilst other developments, e.g. the bioequivalency study for SOT-375, have been carried out as scheduled. The revision of net income reflects the change in the appraisal of Sosei’s share of equity profit of Stem Cell Science K.K., an affiliate accounted for under the equity method, as the result of a fund raising by Stem Cell Science K.K. during this term. The figures in the forecast for FY2004 are less affected than in the first half forecast as the issues that were delayed in the first half are now estimated to occur in the second half of FY2004.